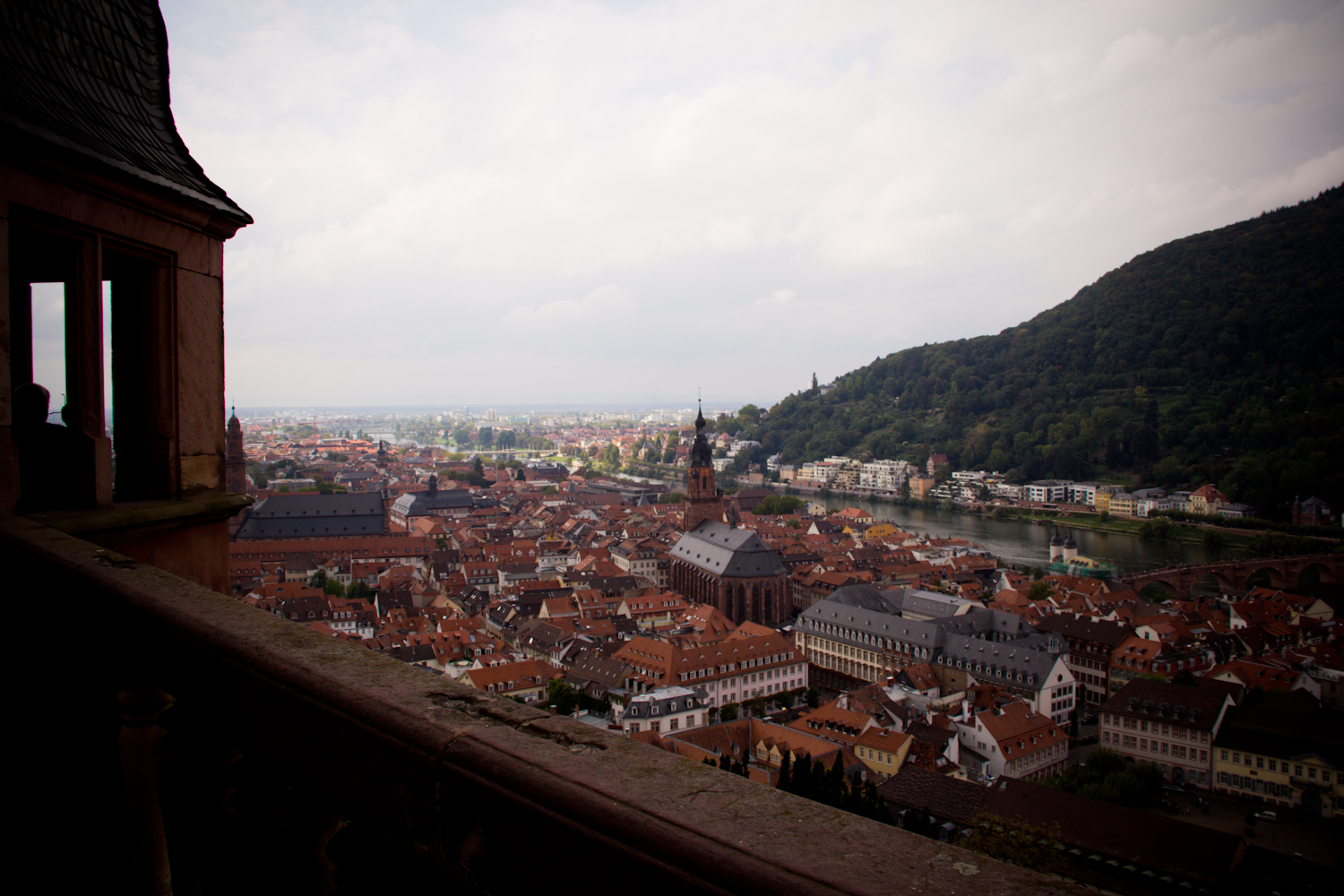 View from the castle overlooking the red rooftops

This weekend we did our first official ‘trip’ to another town. We (myself, my husband, and a good friend) drove on the famous Autobahn to Heidelberg. Although we haven’t been here for long, I don’t think the Autobahn is as crazy as people make it out to be. There are places that have no speed limits, and I am sure that once you get outside of the cities this occurs more frequently. Generally, though, there is a posted speed limit and it ranges between 55-80mph. But who knows, maybe I’m speaking too soon.

Anyway, we get to Heidelberg and it is beautiful. It looks just like the image many people have when they think of Germany.

Cobblestone streets, old churches, a castle perched on the top of a hill, and the Neckar river to complete the town running alongside it. Since we were only there for a day, we didn’t get to see everything the town has to offer. But, we did manage to make it up the steep cobblestone steps to the castle and walk around for a while.

Looking out from the castle you can see all of Heidelberg below and the winding Neckar River curving between the hills. When we got in, we walked around for a bit, had a bier, and decided to go on a tour. Well, the tour was very disappointing. So much so that we left about half way through it! The lady was jumping back and forth between centuries, and overall she seemed very nervous the entire time.

The next day we decided it would be a great idea to try the Hard Rock Cafe. I know, I know, we have all these amazing options for food, but we haven’t had a burger in a few weeks and we were craving one. Plus, we’ve been eating schnitzel and pork in every variety for the past few weeks. So my husband ends up ordering a Queen burger, I decide to get an appetizer platter consisting of basically all grease (it seemed like a good idea at the time), and our friend gets a pizza. Well, my husband asked if he could get his burger medium rare and the waitress didn’t quite understand what he wanted.

When the burger arrived, it had clearly just been a frozen patty a few minutes ago. And the medium rare ended up being a partially frozen patty in the middle! I could barely stomach mine, but our friend ended up lucking out with his pizza. Afterwards, I looked it up and found out this was not in fact a real Hard Rock but a knock off. Lesson learned. 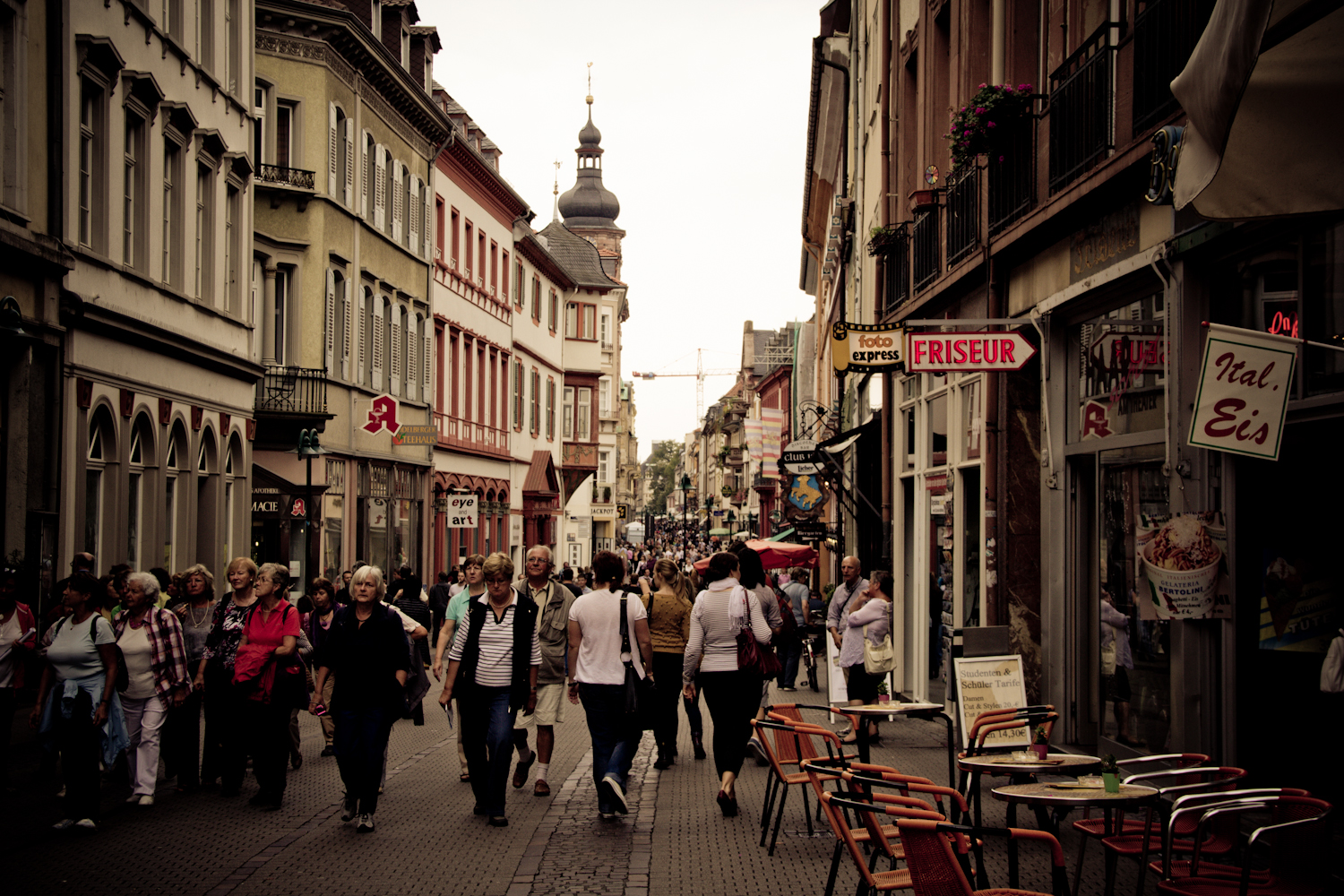 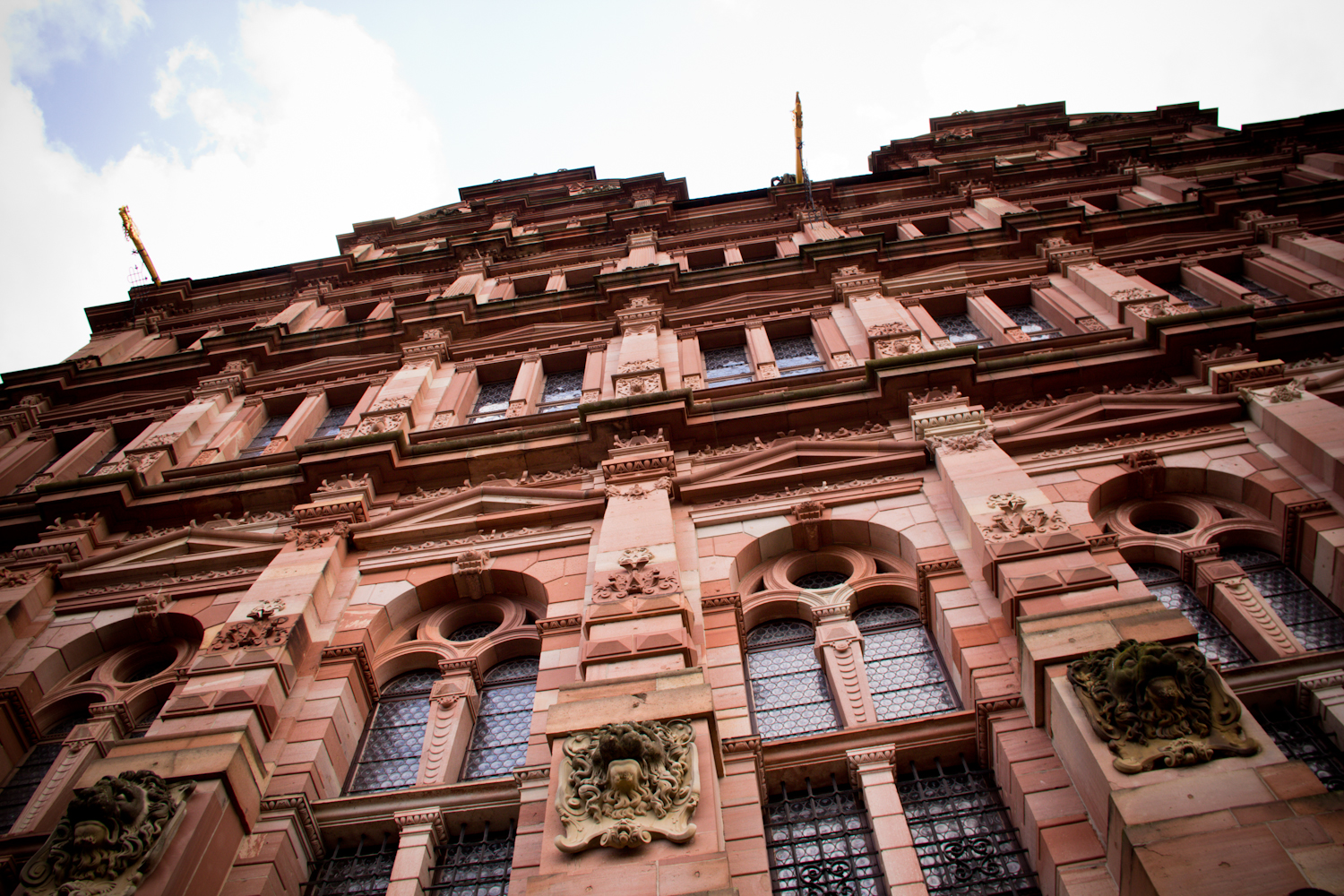 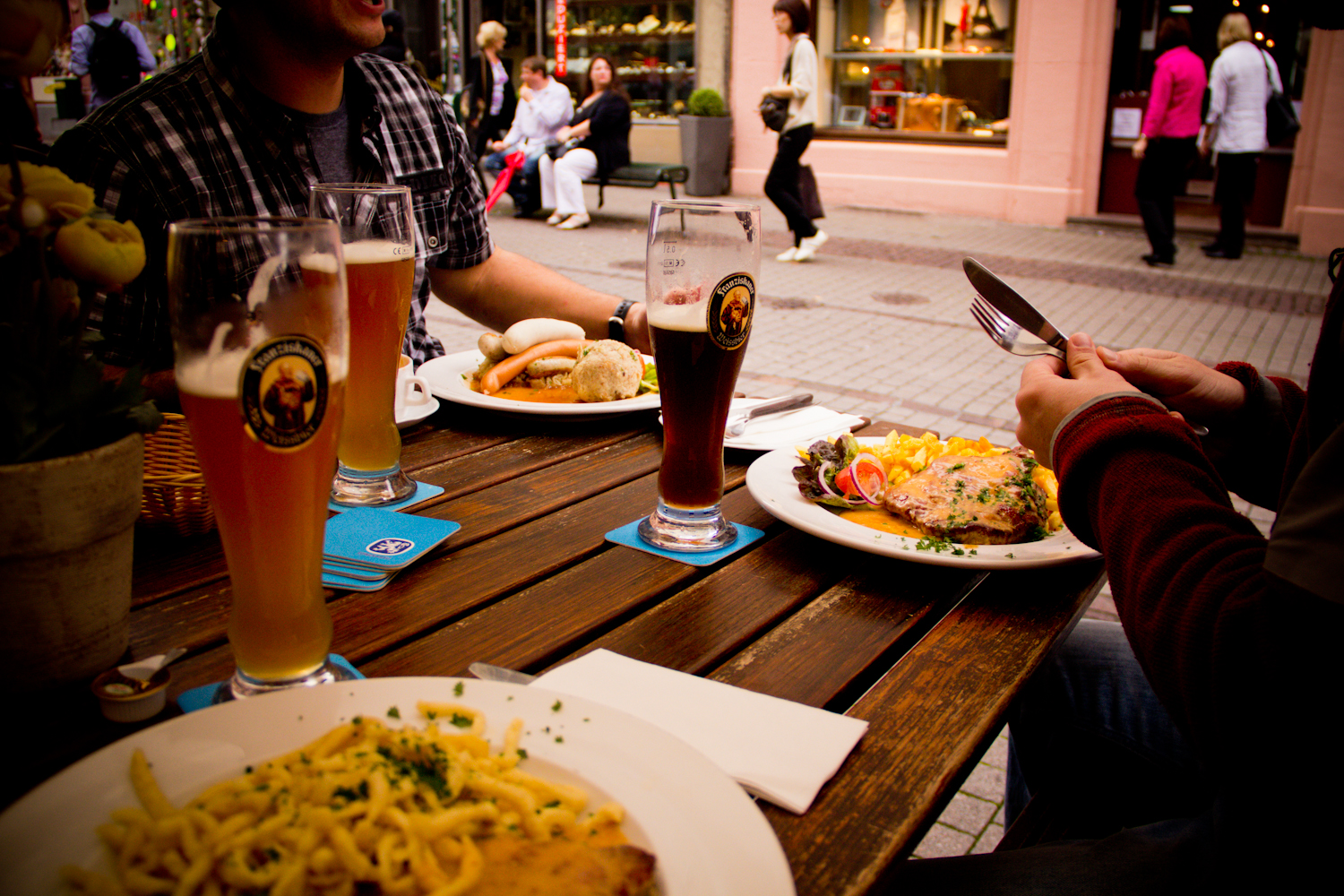 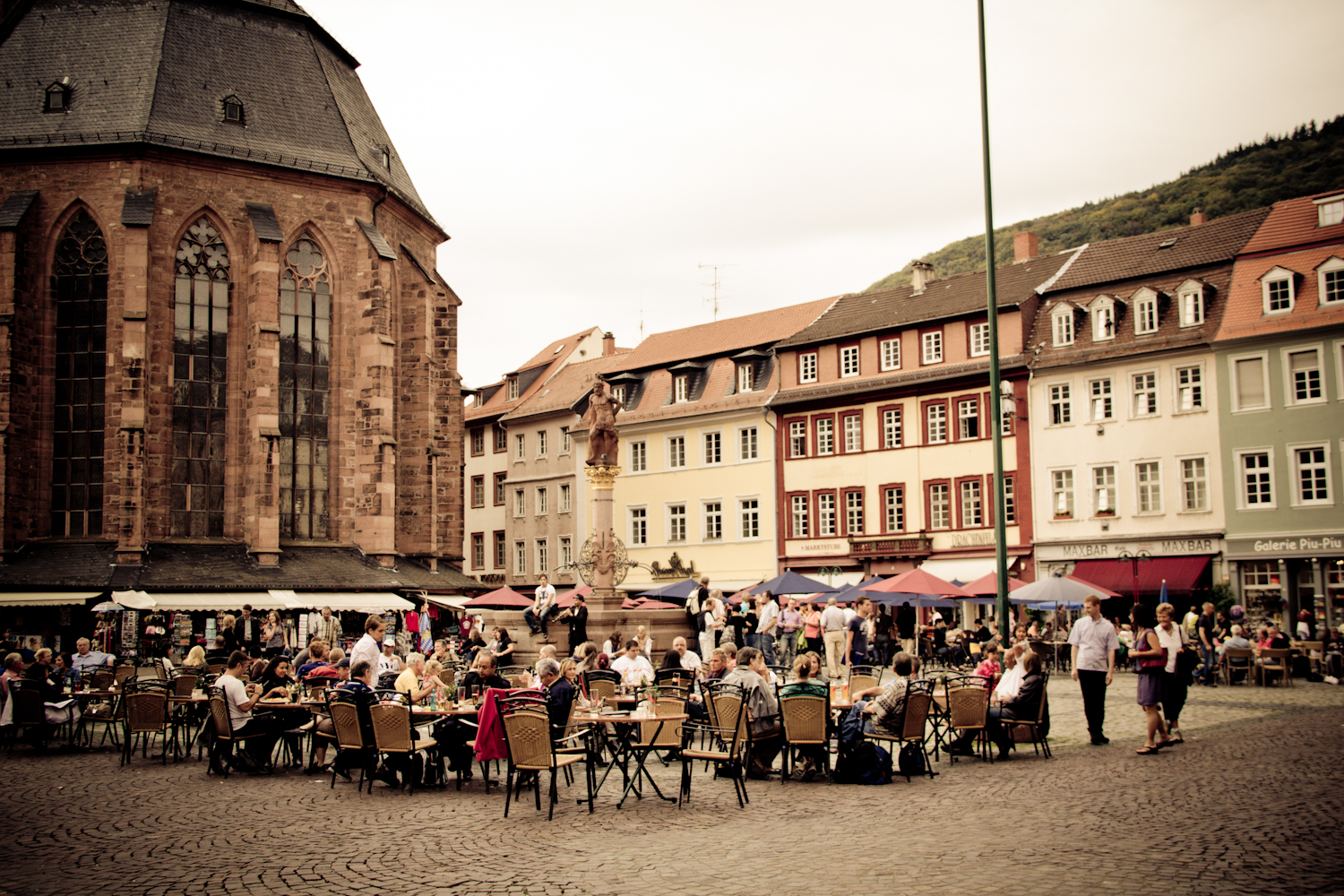 A square next to the church. The bells echo throughout Heidelberg every hour (something to consider if you decide to stay near a church!)

Our First Visit to Stuttgart

Busy Busy Busy! (and beginning to understand the less extravagant moments of living in Germany)

What a great job. It is really a fantastic way of keeping everyone informed. Sounds like you guys are enjoying yourselves and taking advantage of the opportunity to travel around Europe.

Love to you both,