Initial Thoughts About Our First Week in Germany

Well, we touched down a few days ago and have been exploring our new city. I was so glad to have landed in Stuttgart after flying for 10 hours. The flights weren’t bad, except for Juno, she would NOT stop crying at the Denver airport, or when we arrived in Stuttgart. I don’t think she’s ever been so happy to be out of her kennel!

When we were getting off the plane in Stuttgart, we were held up by a frazzled guy trying to get his stuff which seemed to be everywhere. Well, he was in such a hurry that I think he forgot that he had undone his belt during the flight. The next thing everyone behind him sees is his pants fall down. Poor guy. He was even more upset at that point, and actually ended up leaving some stuff on the plane.

There are definitely things about Germany, and Europe in general, that I’ve already discovered I like better than in America. For example, we went to get carts at the airport, and instead of paying $3 for a roll cart, you just deposit a 50cent euro directly in the cart and get it back when you return it. It’s the same with grocery stores as well. Of course some things about Europe I have a hard time with, like paying for water at every restaurant. I knew this would be the case before we got here as I studied abroad in Italy in college, but I think I’d rather pay two euro for a beer, versus four euro for a bottle of water.

Juno has been adjusting well. I think she may feel as if we’ve taken her to a huge playground. Green grass everywhere, a cooler climate, and water! We are staying in a town called Boeblingen right now, and there’s a lake in the center of town. So, everyday we take her down to the water, and once we get close enough she takes off and jumps right in. All the Germans seem to love it as well. If people are walking, they’ll stop and sit down to watch her play in the water. I’m actually not sure if she’s supposed to go in the water, but no one’s yelled at us yet so I’m guessing it’s ok.

We went out for dinner and drinks the first two nights we were here. Boeblingen is a smaller area outside of Stuttgart so there’s not a huge downtown area, but there are still quite a few places to go. We went to a club the other night, and the beer here is just as heavenly as everyone had made it out to be! And it’s quite inexpensive as well, around 2-3 Euro for half a liter.

Even though we have a LOT to learn, there’s only one thing that’s been frustrating for me so far. I cannot, for the life of me, figure out how to use the washer! I translated everything via google translate, thought I put the machine on a ‘quick wash’, but then after I thought it was done I tried to open the door and it was locked. After pushing a button that I thought meant ‘stop’, the machine started washing again. Guess I’ll just wait a while and see what happens. We tried washing stuff the other day and after the laundry had been washing for a good 3 hours, TJ somehow managed to stop it even though there was still water in there. Oh well, guess I will keep trying! 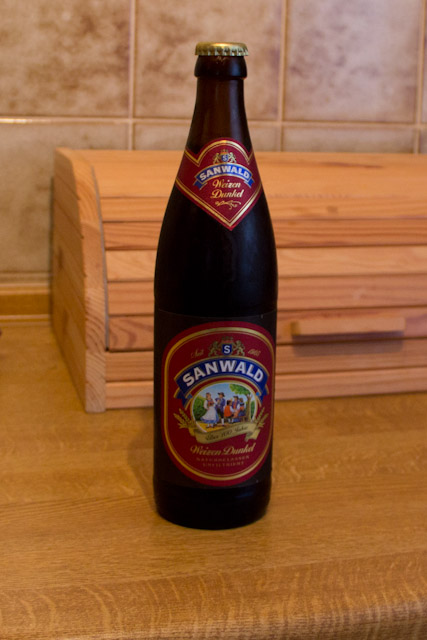 View going into downtown Boeblingen from the hotel 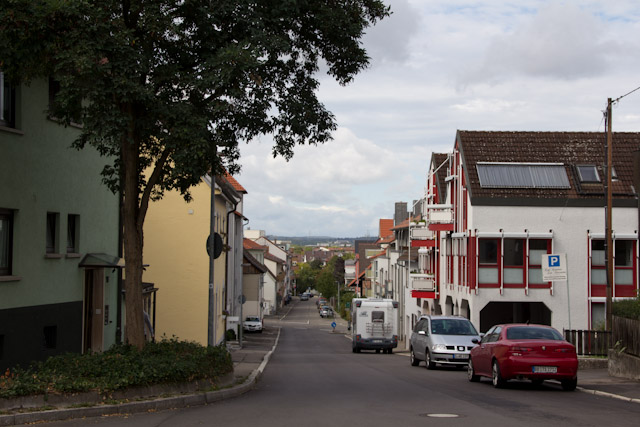 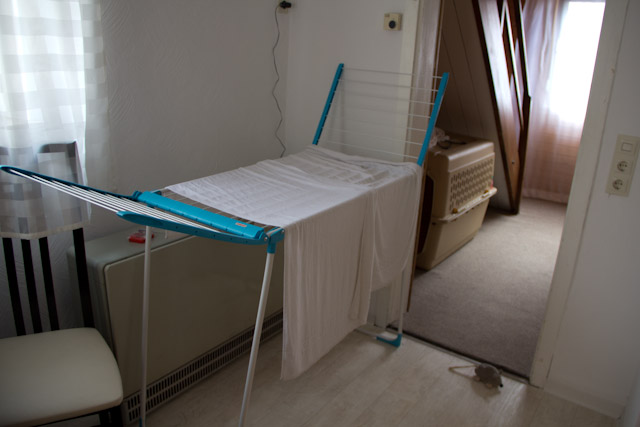 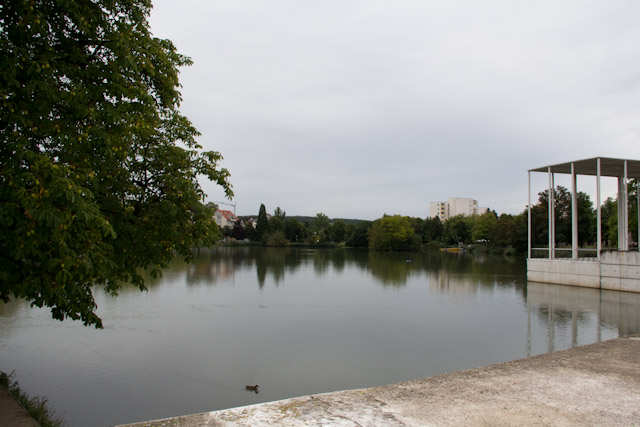 We found a home!

A Lazy Sunday Walking Around Stuttgart