Who knew there are no Fireworks laws on New Years!

Ahh our first New Year’s in Germany. It’s a time for celebration and parties…and lots of fireworks. LOTS. We didn’t know this until we started hearing pop!pop!pop! around 12 from everywhere, but learned quickly that there are no laws or restrictions on fireworks during New Year’s. Really, NONE! We went to a friend’s house party in downtown Stuttgart and once it started getting close to midnight, it was a spectacle to see. There were so so soooo many fireworks going off, it almost looked like the start of a war zone outside! Our friend has an apartment with a 360 degree view of downtown Stuttgart and the surrounding areas. It. was. AWESOME! Truly one of the coolest things I’ve ever seen (and I’m not even that crazy about fireworks).

I got a few photos and some video of it. I was told that most of Europe is like this so if you want to ring in the new year big, come to Europe! 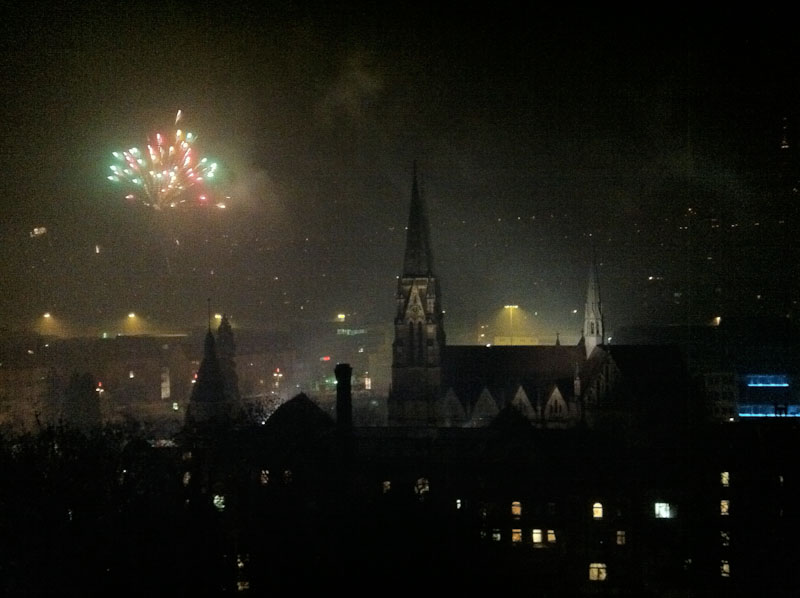 Christmas Time Catch Up in Germany

Snowboarding in Austria, ahh this is the life…

Moving to Alaska (home) and Leaving the Expat...