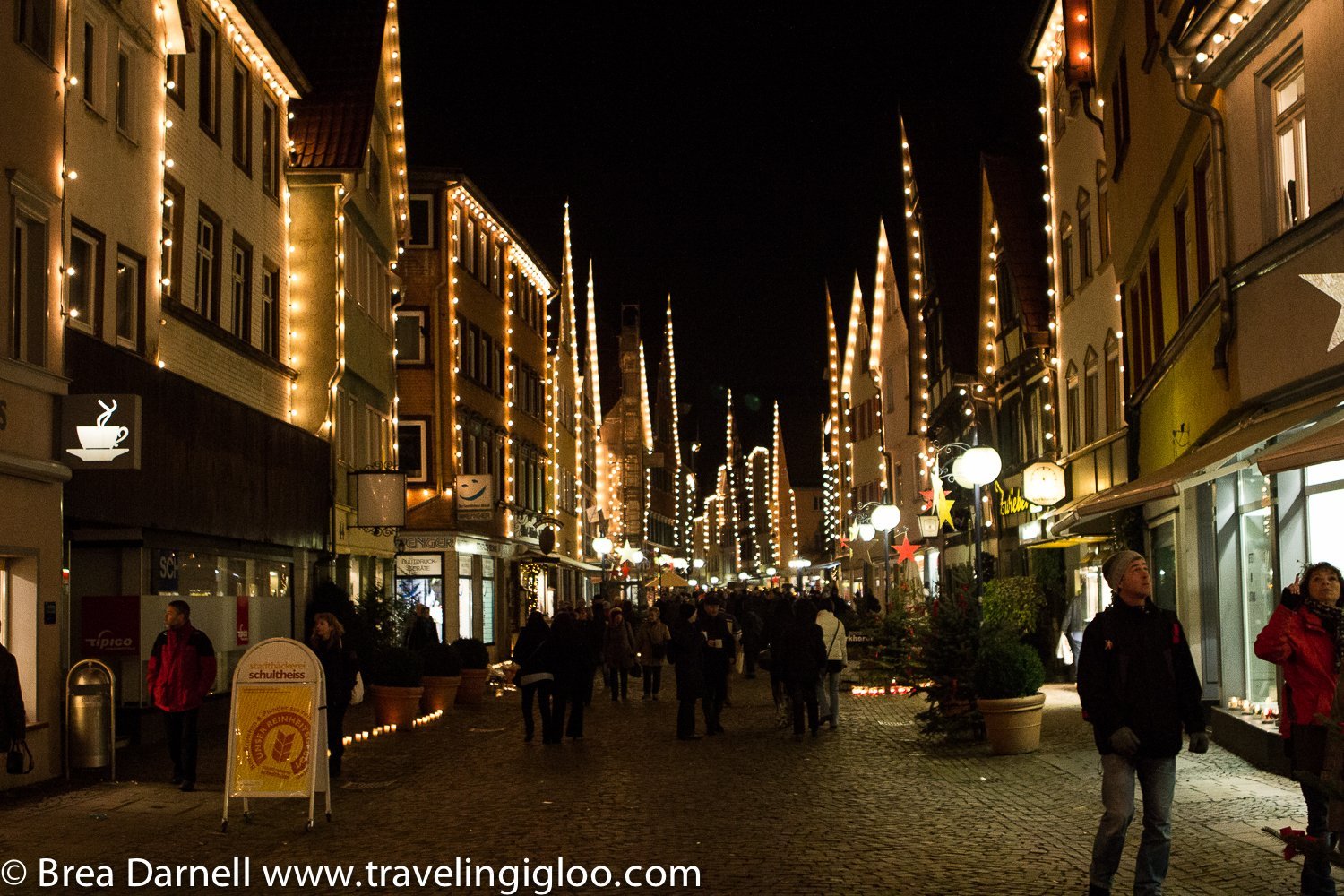 The medieval feel is immediately felt with all those working dressed up in medieval costumes and outfits, the shows and bands playing, games such as bow and arrow shooting, and the authentic items for sale. In addition, the location and setting is very picturesque. The market is held in the Old Town, or Altstadt, in Esslingen which is a town about twenty minutes from Stuttgart. I say town, but really there are almost 100,000 residents here making it a fairly large neighbor to Stuttgart.

I saw a lady twirling fire and dancing with a large crowd around her, listened to the bands playing and some marching through the market, and took part in the most popular custom at a Christmas market; gluhwein.

If you have never heard of this, Gluhwein is the most popular holiday drink in Germany. So what is it you ask? Well, gluhwein (pronounced gloo-vine) is like a hot sweet wine, similar to the taste of sangria. When it’s cold out it is so delicious! I have heard that you should never drink it cold so be sure to drink up when you get your cup!

Like all the other festivals in Germany, you pay a deposit for the cup and get your money back upon returning the cup. The nice thing about this is, if you like the cup then just keep it! Most deposits range from 1-3 Euro so if it’s a nice cup, it’s worth holding onto. I think the Gluhwein was absolutely necessary this past weekend with the drop in temperatures and snow falling, resulting in lots and lots of layers to try to keep warm.

I haven’t even gotten to my favorite part about last weekend. So, as we were walking around and looking at the shops and stands, we noticed these huge steaming tubs with people in them. Cool! They had medieval hot tubs. They looked like huge beer barrels that were cut in half. Each one could’ve easily sat six people comfortably. Well, right when we were looking at it, one of the guys decides to get out of the tub and what do you know, he is butt naked! Yep, and he didn’t even care. So of course me and my American friend start giggling and standing there in shock that these guys are just hanging out. Naked. Together. In a hot tub at a medieval Christmas Market. The Germans didn’t think anything of it though. While I know that Americans are prudes when it comes to nudity and things like this, I am still American and it is always shocking to see people in the nude!

Below are some photos I took between Friday and Saturday. The one below on the right is peeking inside a tent where children were watching a puppet show. 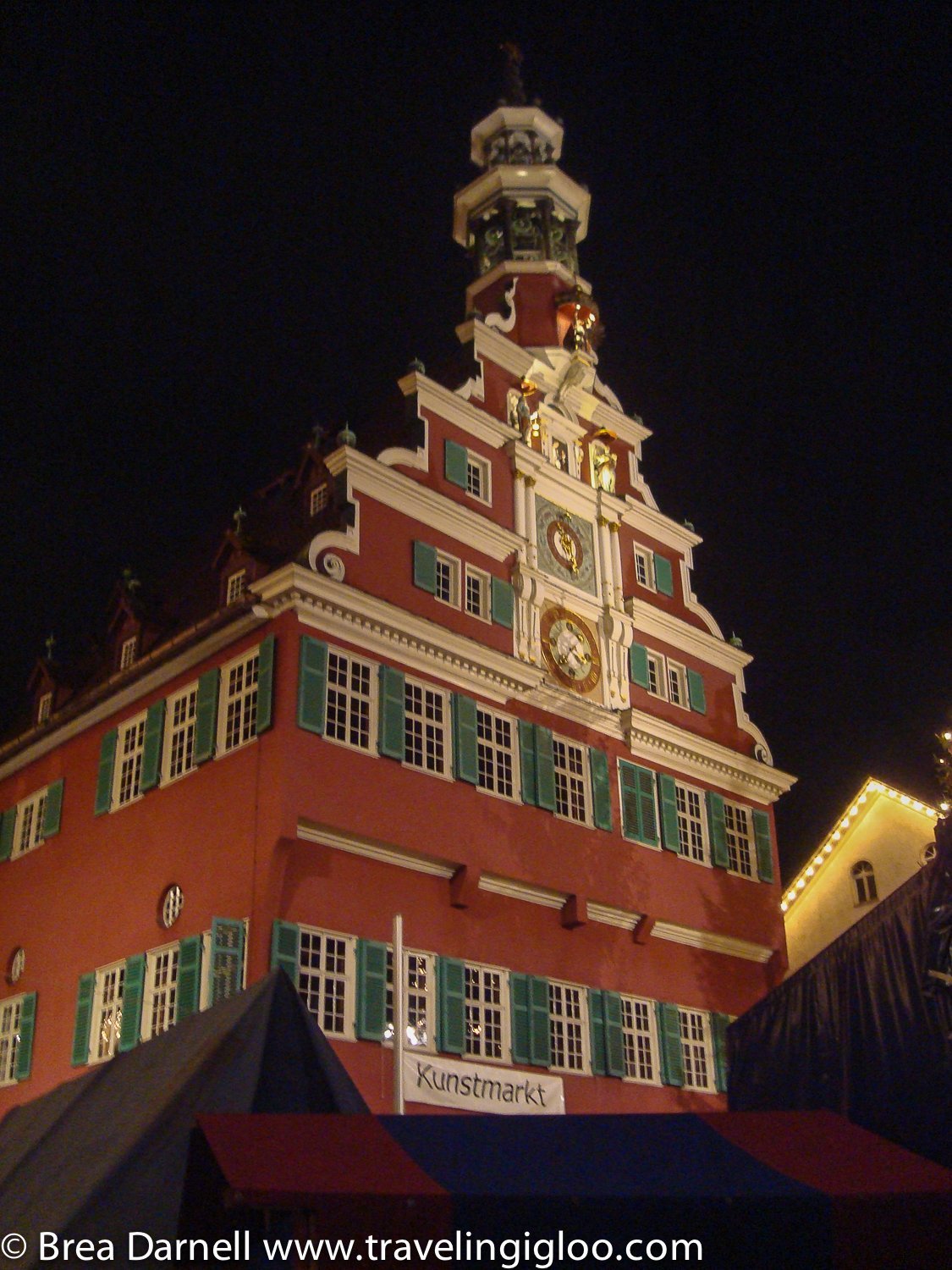 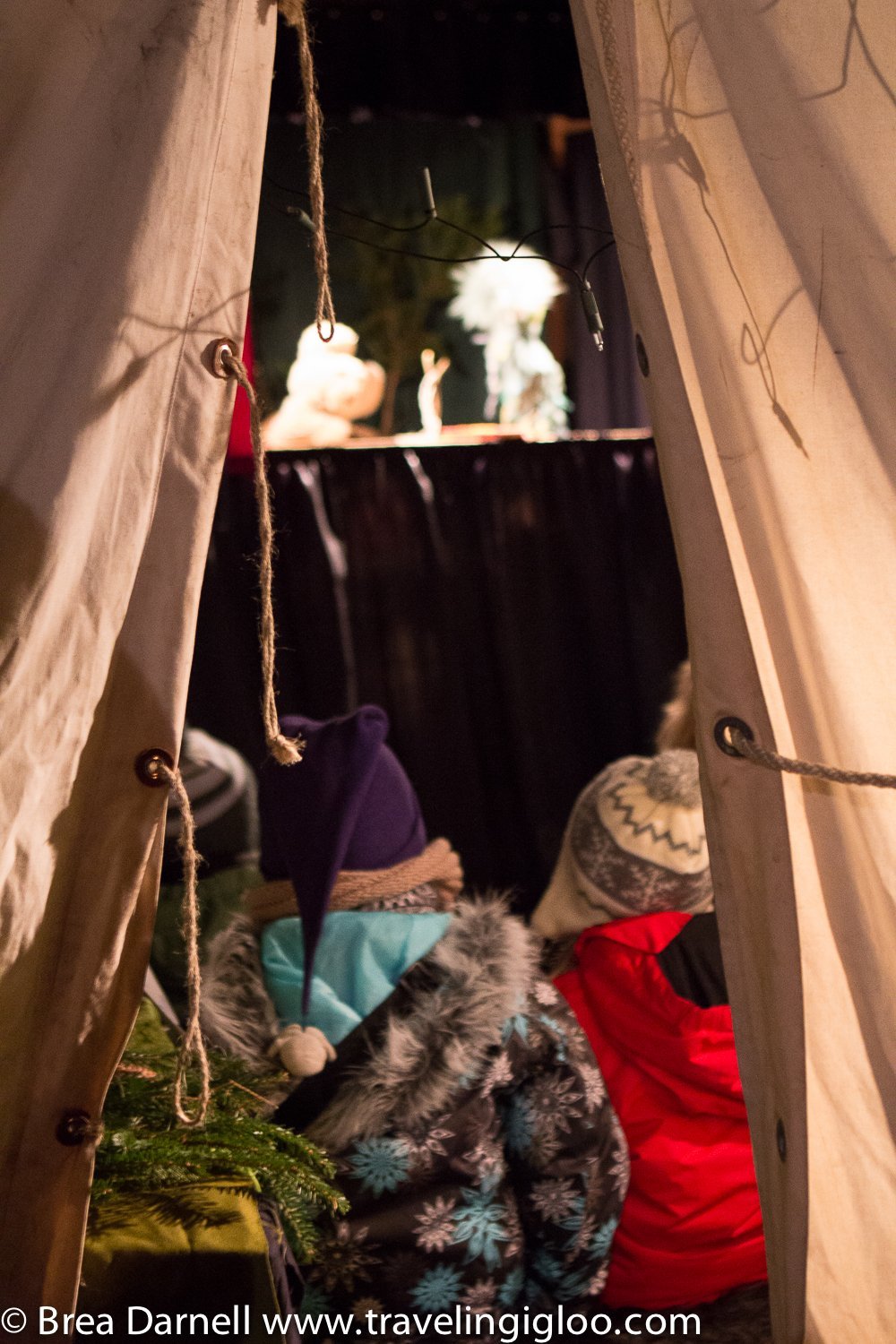 Pictured below is a pedestrian street near the Christmas Market. This town is so picturesque, especially with all the Christmas lights up. 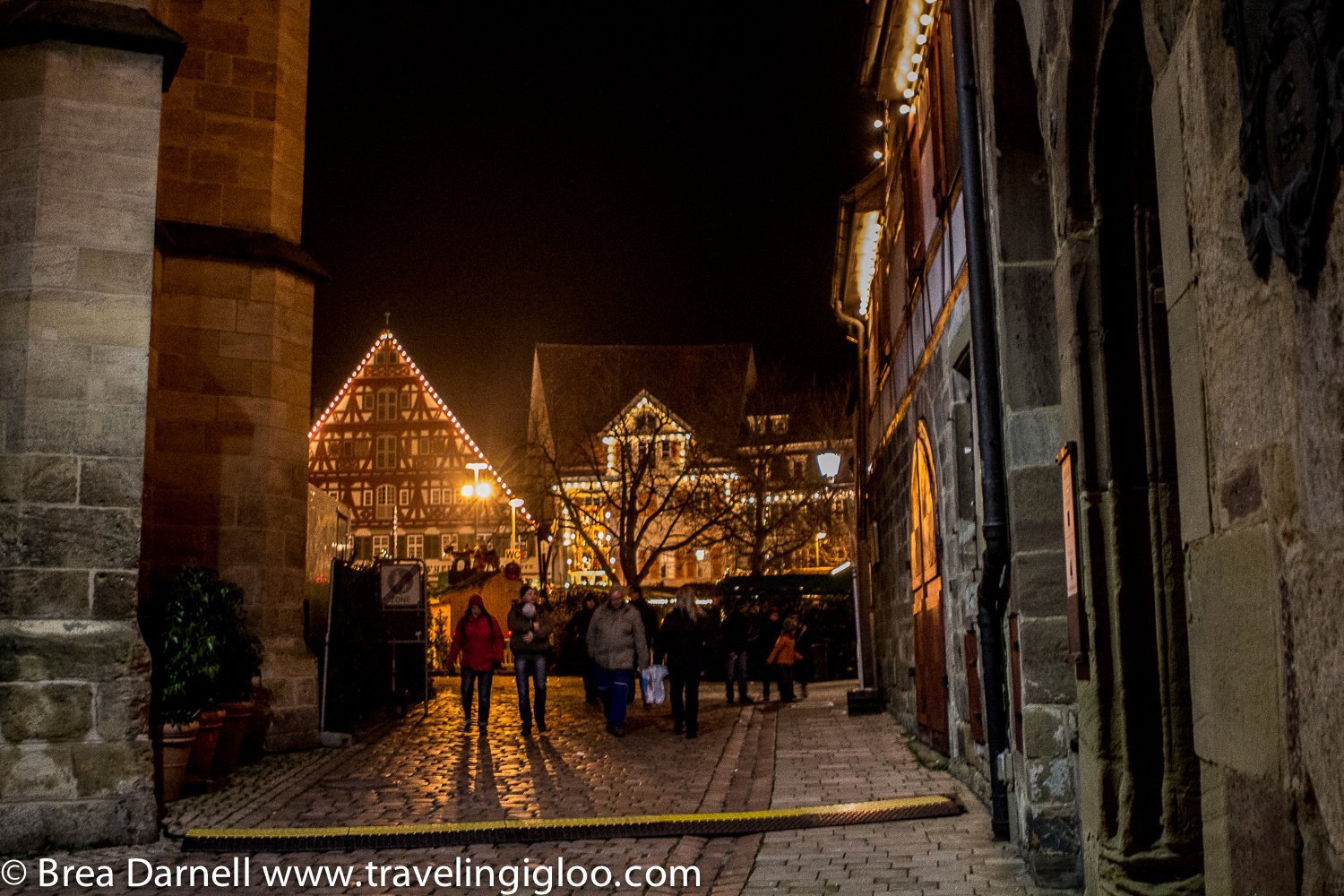 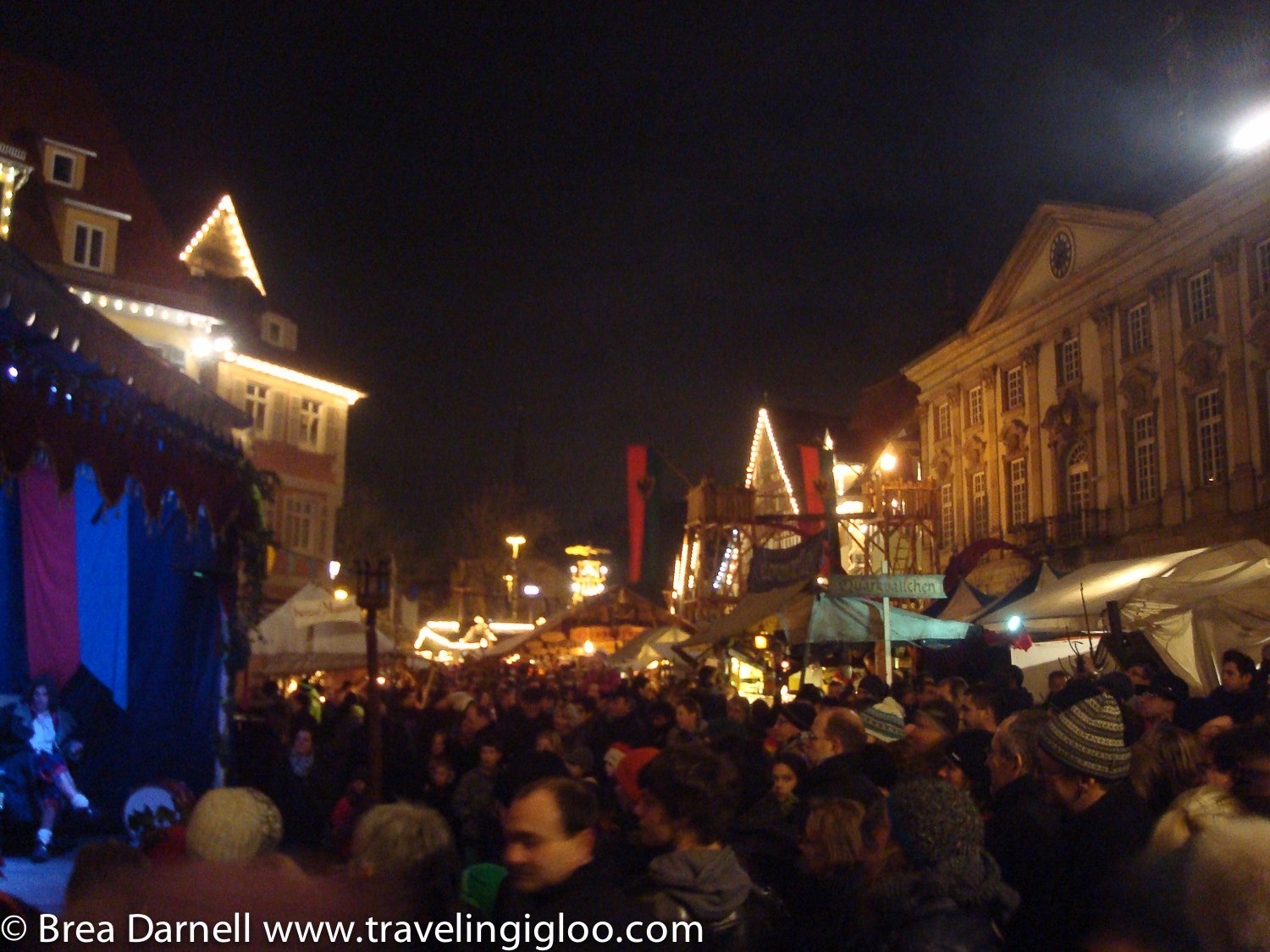 Above is the festival at night. It gets a little crazy!

Below is the view from the castle. We did the short hike up the steps to get a better view of everything. This was overlooking the old town where the festival was at (the red christmas-y building) and part of Esslingen. 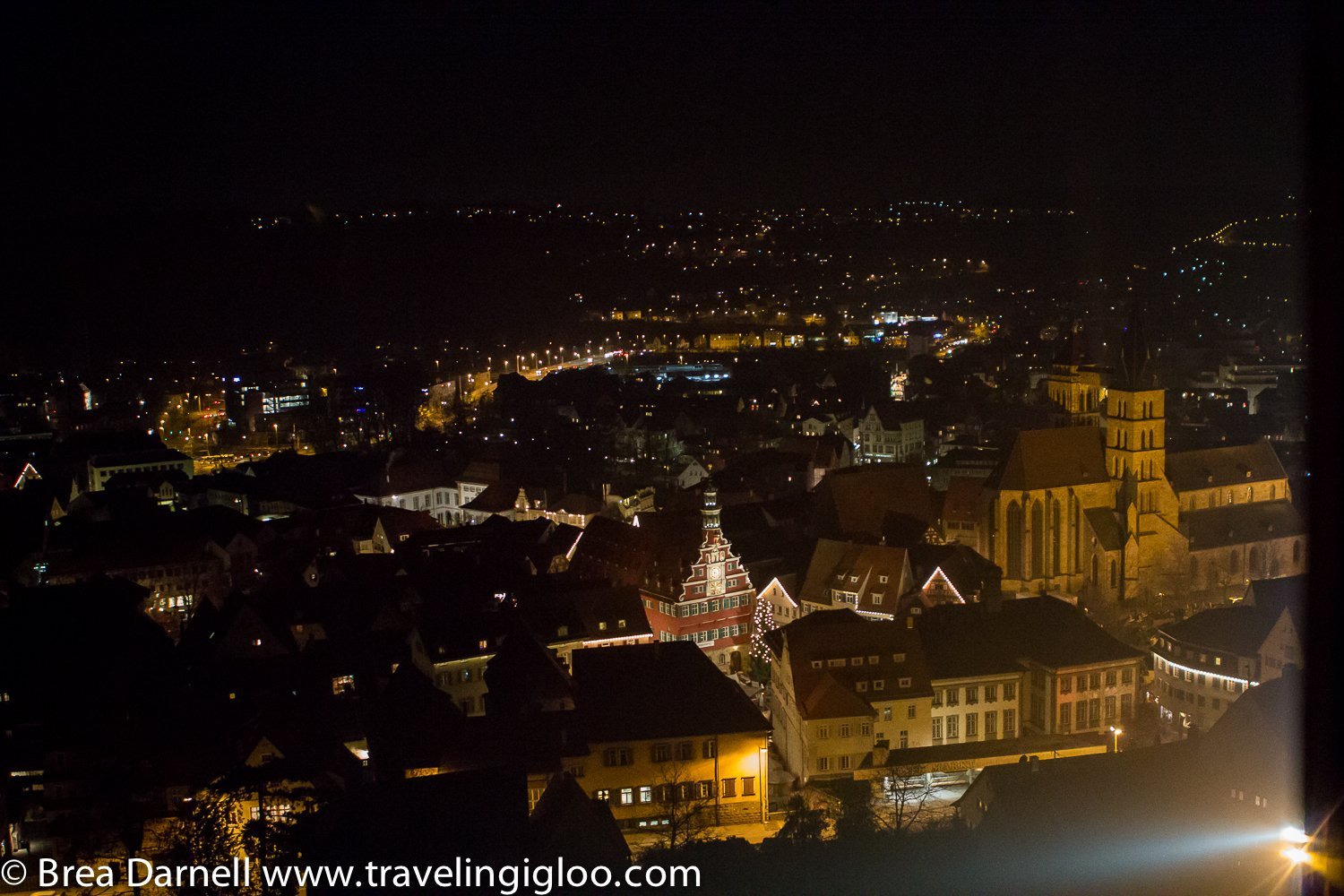 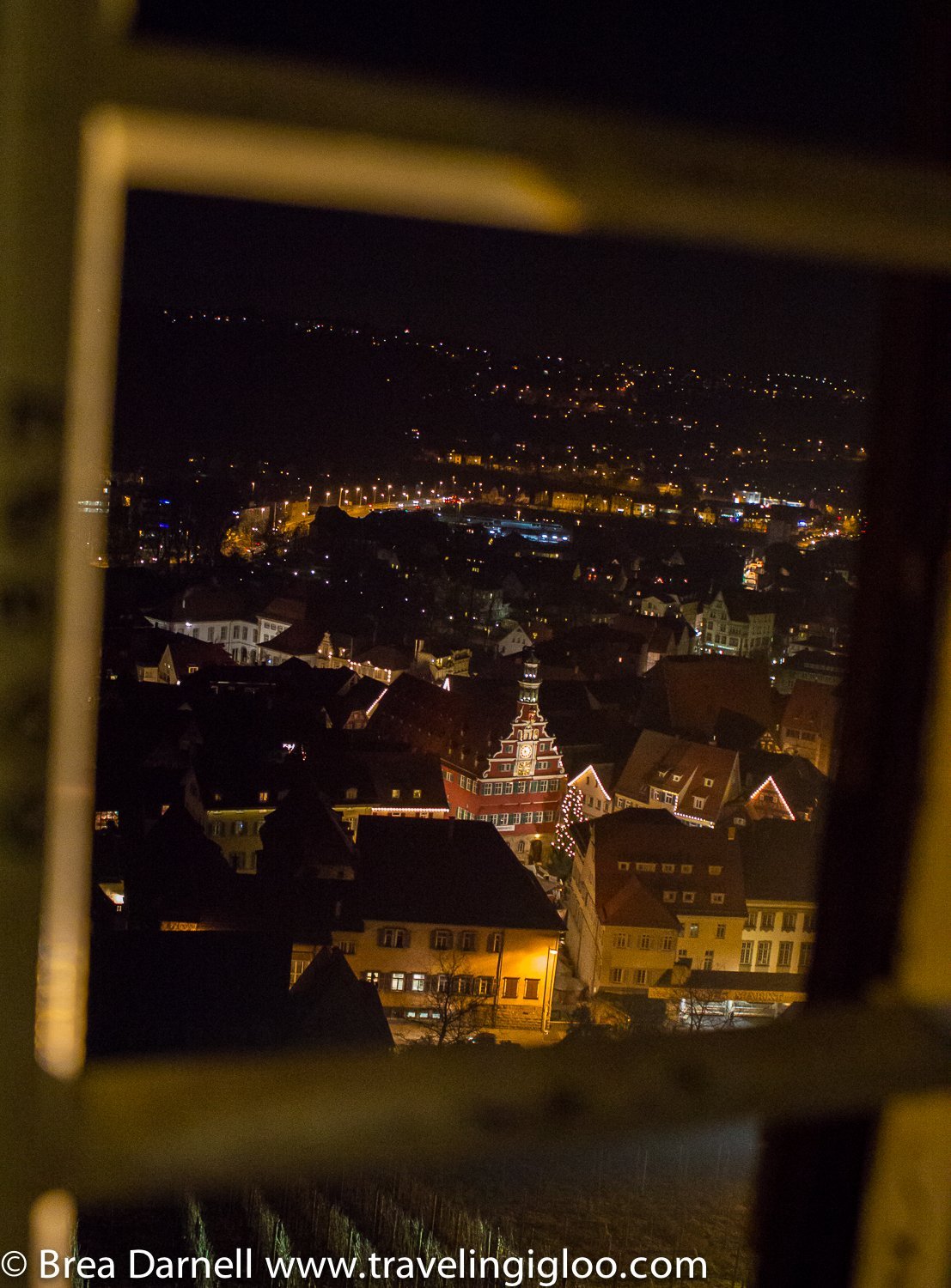 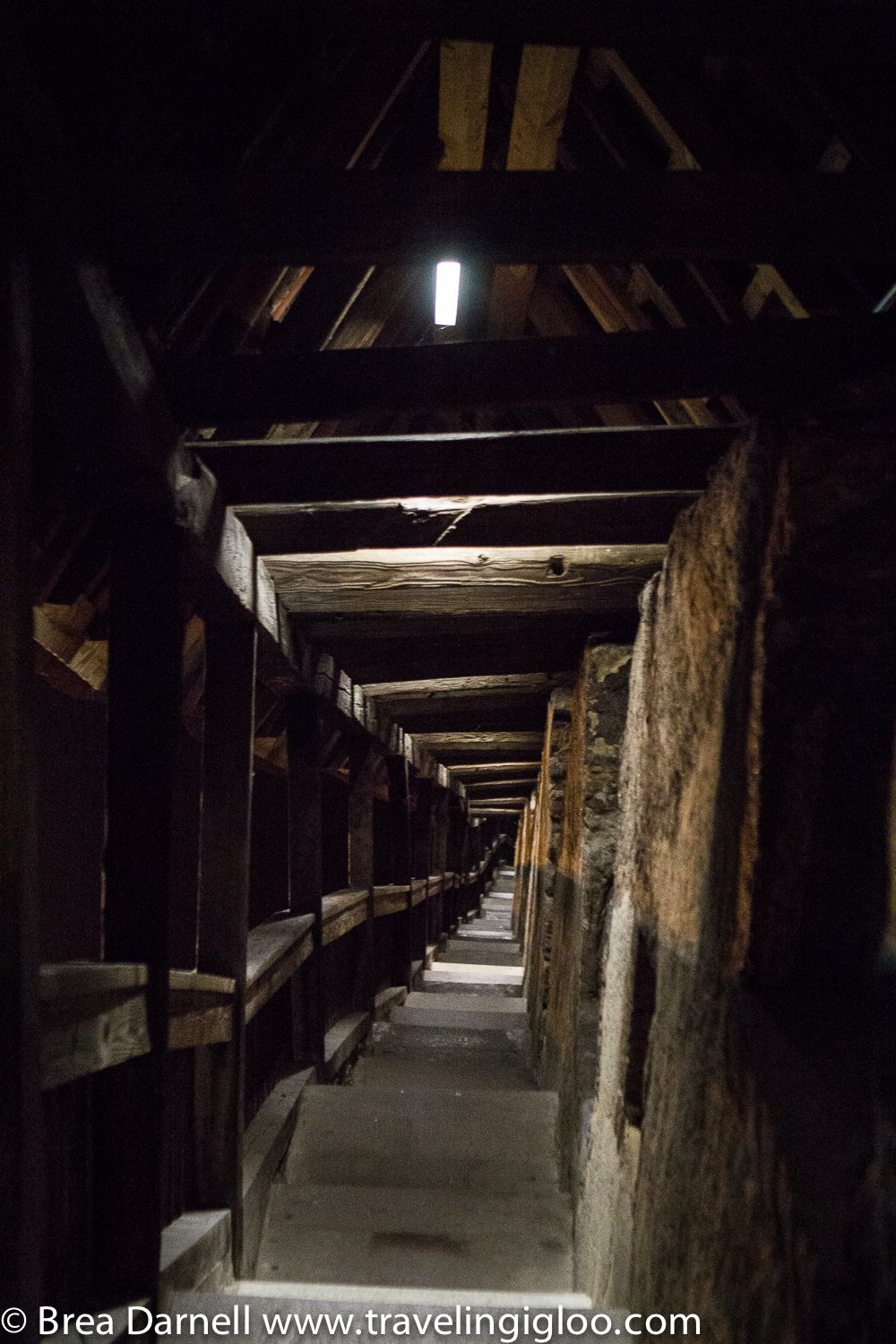 My Nine Hour Trip to Amsterdam

Christmas Markets in Heidelberg and Esslingen

A Visit to the Rothenburg Christmas Market

Why you should visit the Stuttgart Christmas Market

Eguisheim: A Christmas Market in the...

A Winter Visit To The Dresden...