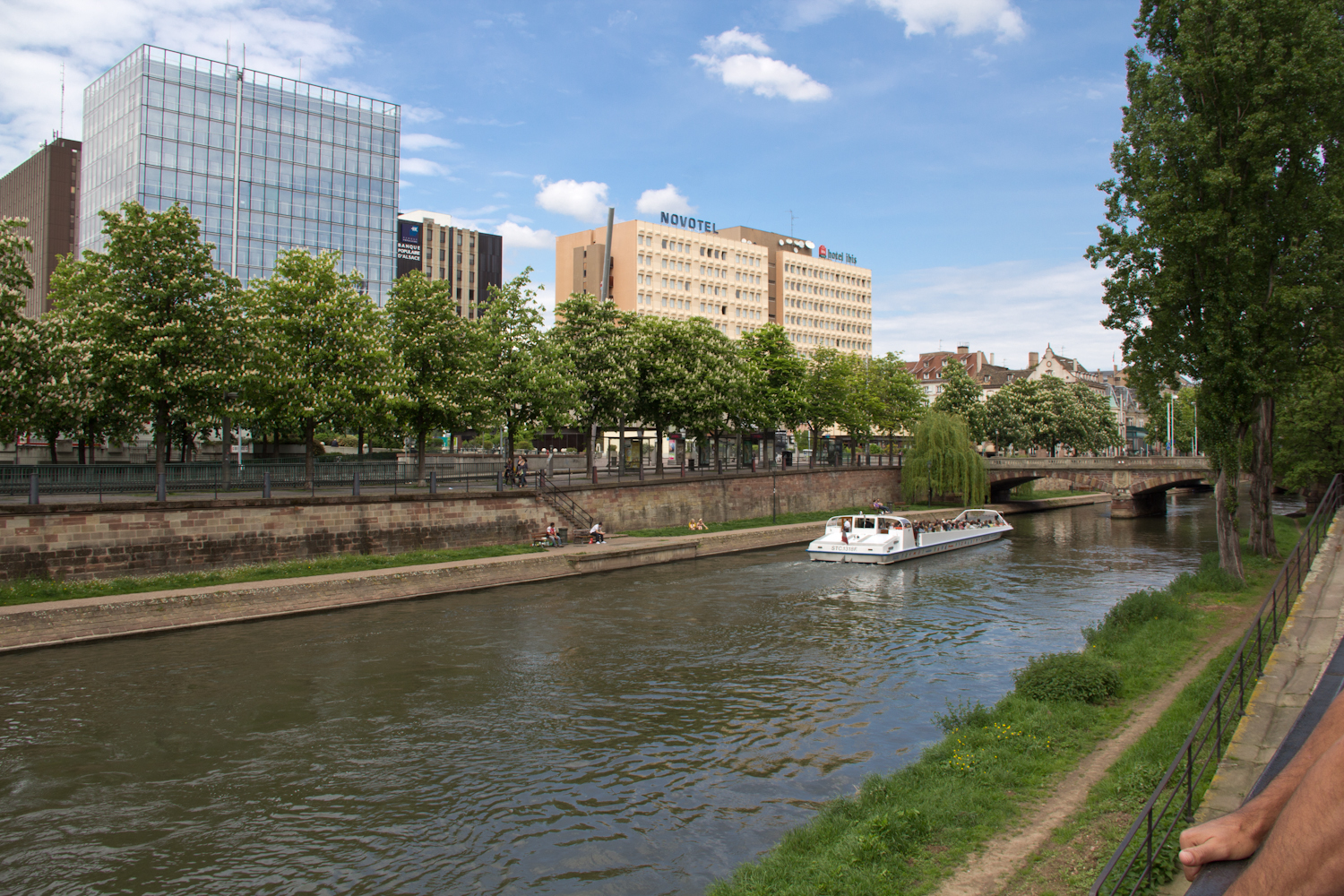 We have lived in Germany for almost 9 months now and there is sooo much we have yet to see. I know 9 months is only a blip but in my mind we would have seen so much more by now.

Take France for example. We are a mere 90 minutes from the border. I imagined monthly weekend trips to eat crepes and croissants, people watch in a French cafe.

We are also within driving distance of many many spectacular places people only dream of visiting. We are 5 hours from Prague, 6 hours from Amsterdam, 2 hours from the Alps, 3 hours (ish) from Austria, 6 hours from Paris, a few hours from Italy….

I am so anxious to get out and see everything right now, but with work obligations and only so many long weekends available, I’ve barely made a dent. And as it turns out, getting settled and just visiting our area has kept us plenty busy since we got here. Also, my husbands job doesn’t allow him to travel as near as much as I would like to, which would easily be every weekend.

With all of these amazing places nearby, I was able to talk my husband into driving to France for a day. His family was in town for a week and I thought it would be the perfect time to go. Only 90 minutes away from us is a Strasbourg. A canal surrounds the city center and a massive gothic cathedral is in the center of it all.

Strasbourg was classified as a UNESCO World Heritage Site in 1988, and was the first entire city center to be named a historical site. Strasbourg is also home to many important European entities, such as the European Parliament. The Gothic Cathedral of Notre Dame was built between the 11th to 15th century, and was damaged in 1870 and again in WWII. Restorations have been made since then, although I am sure they are ongoing.

Location (you can also see Stuttgart a little to the East) 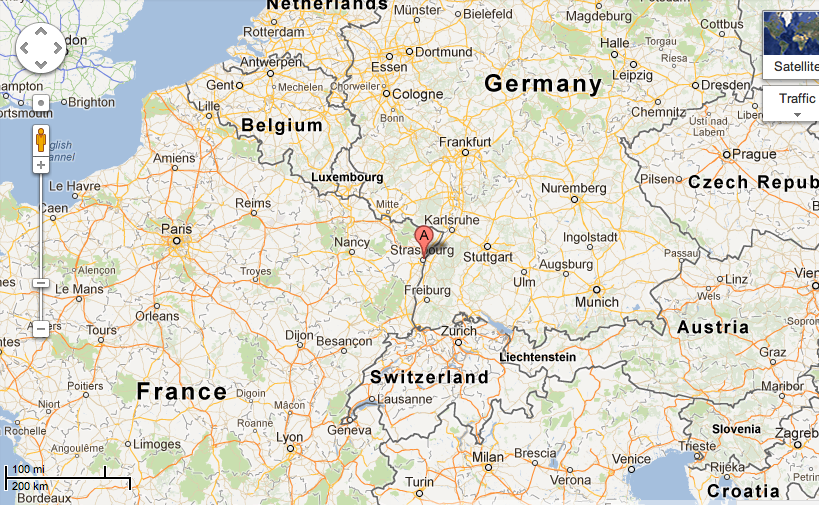 Immediately after crossing the border, which is the massive Rhine River, you could see the small differences. The signs were larger and the biggest difference I noticed was that it wasn’t as clean. I don’t know how I could tell really, because the scenery didn’t change too much. The grass wasn’t cut as neatly, I think I actually saw trash on the side of the road (you never see that in our area of Germany) and the signs seemed a little old and in need of replacing. It made me realize how much I’ve adjusted to living in an immaculately clean country.

Entering Strasbourg, we realized the roads are even crazier than in Germany, but we were able to maneuver our way to a parking garage in the center of town. We didn’t realize driving in that day that we happened to be driving on May 1st. In the states this doesn’t mean much, but in Europe it is a huge holiday called May Day. Great!

European holidays means nothing is open. Gas stations even close down. Yes it’s true! So at first Strasbourg appeared to be a ghost town. We wandered the streets for a bit then sat down for some lunch. The food ended up being ok but was nothing spectacular. I did learn of an interesting dish served here, raw beef called Tartare. I don’t think the adventerous side of me has any desire to try that. Ever. (many many months after writing this post I finally tried this raw ground meat with a raw egg dripping over it. You can read about it here) 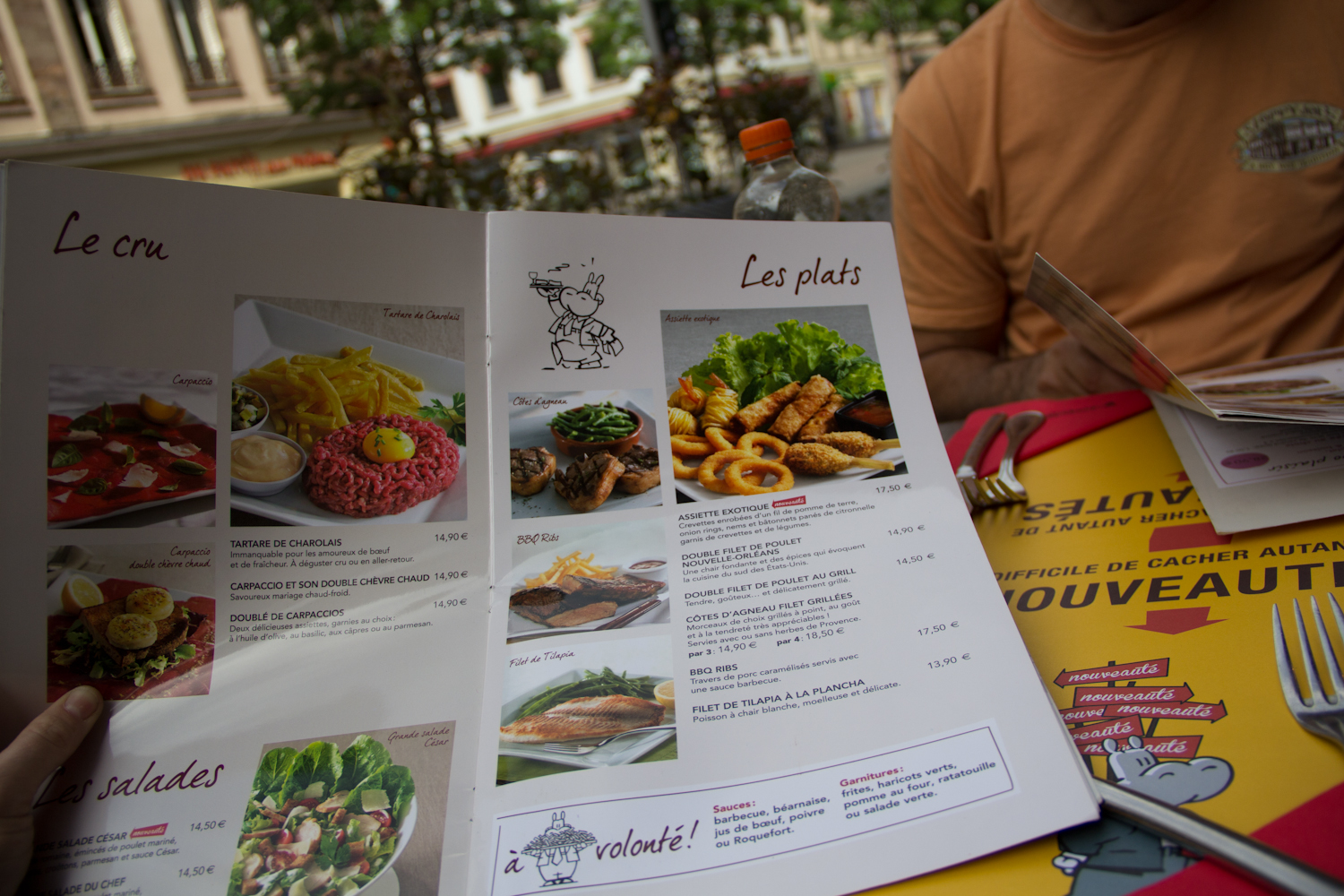 So we ate, I tried French wine in France (I was very excited about this) and since nothing was open we planned to head back. I really wanted to get some photos of the church, so we headed that way and immediately there were more people out. Then we found a square filled with people and music.

By the time we got to the Cathedral the city came alive! The shops along it were open, cafes were humming with people and boat tours were running along the canal. 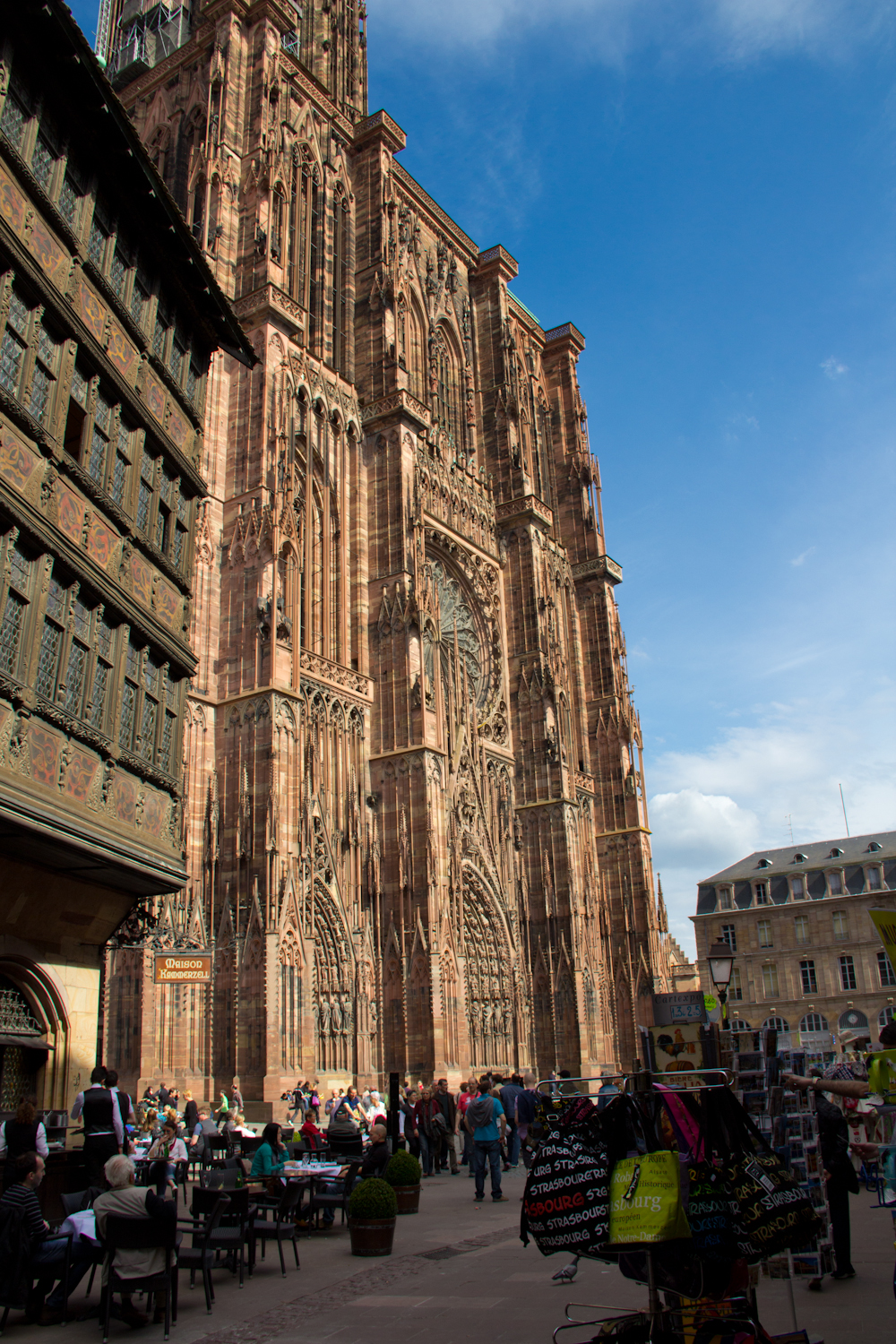 Yes we could still have a real day in France! I was so excited. We popped into a hotel nearby and booked our rooms.

Travel Tip: Do not stay too close to the town’s church. The bell’s ring. And ring. And ring! I was up every hour, even jumping up at one point to my husband’s amusement. So unless you sleep like the dead, I would recommend getting at least a few blocks out from the noise of the bells. 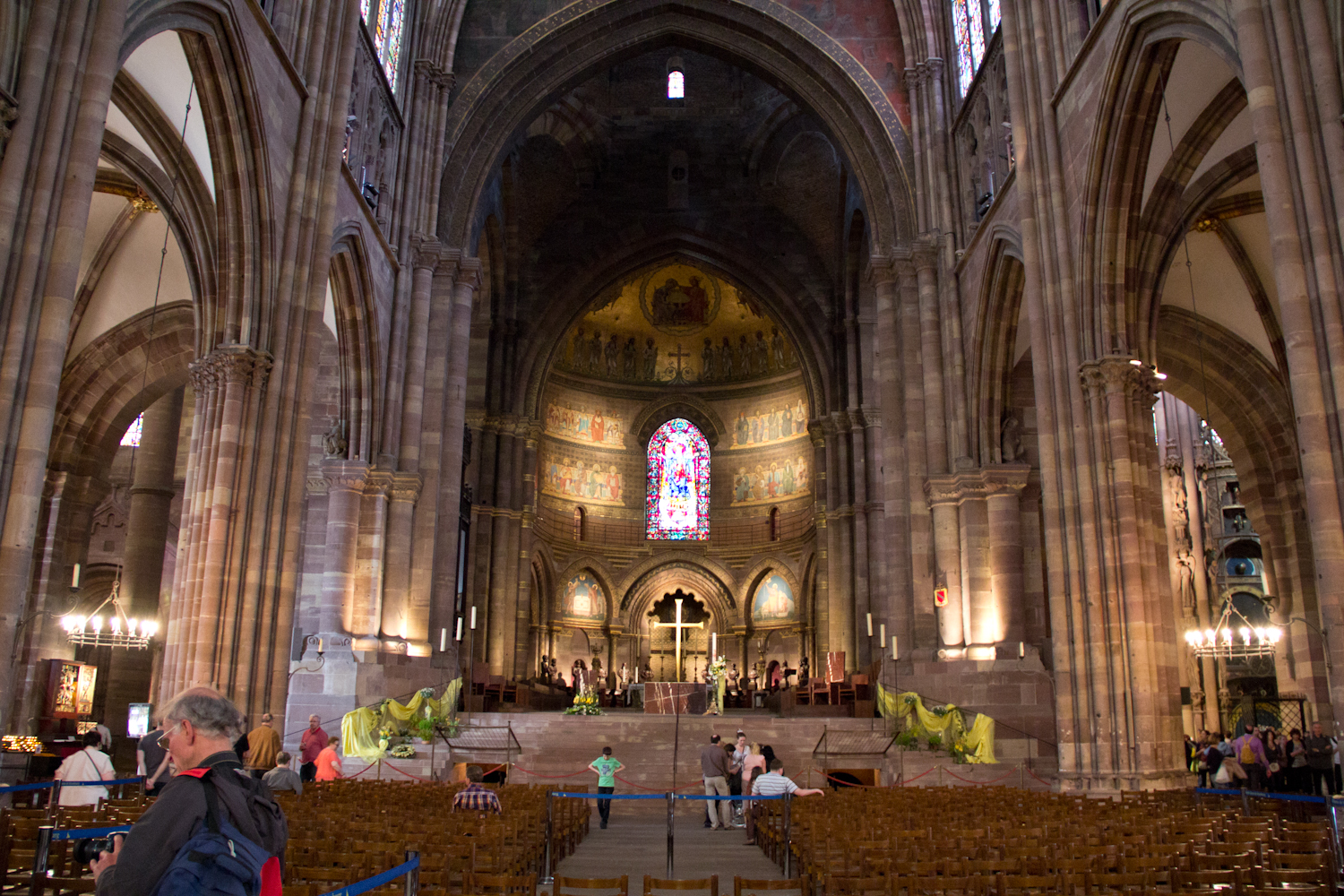 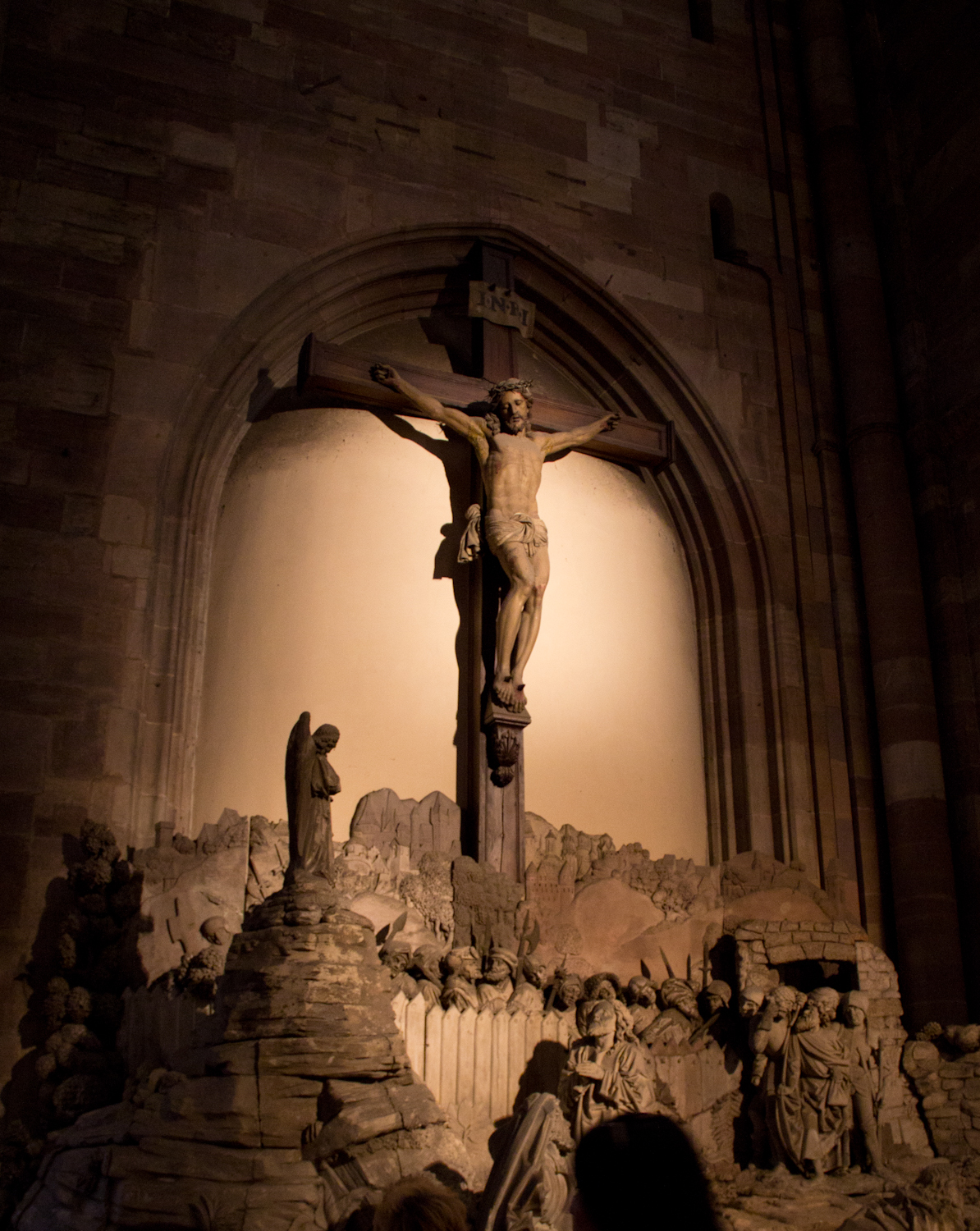 We ended up meandering through some of the tourist shops and walking around the center of town. We stopped in for dinner at one of the many restaurants (the name I have forgotten) and oh my was the food delicious! We tried all sorts of dishes, our favorite being the duck foie gras. We learned that it was duck liver only after eating it, but liver is good for you and that was delicious. I can’t wait to have it again. I had some more french wine, again mostly for the novelty of it. And wine is good. 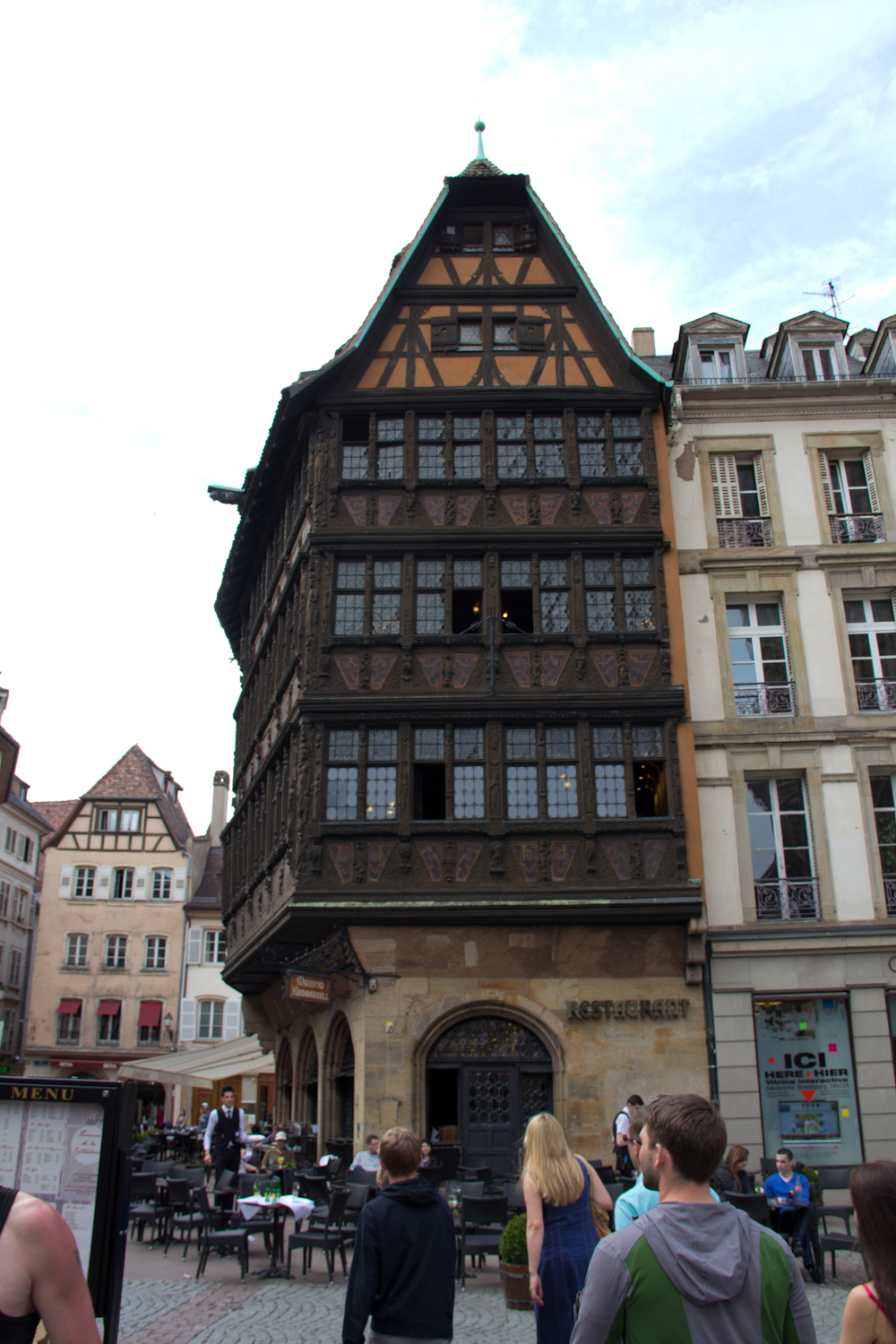 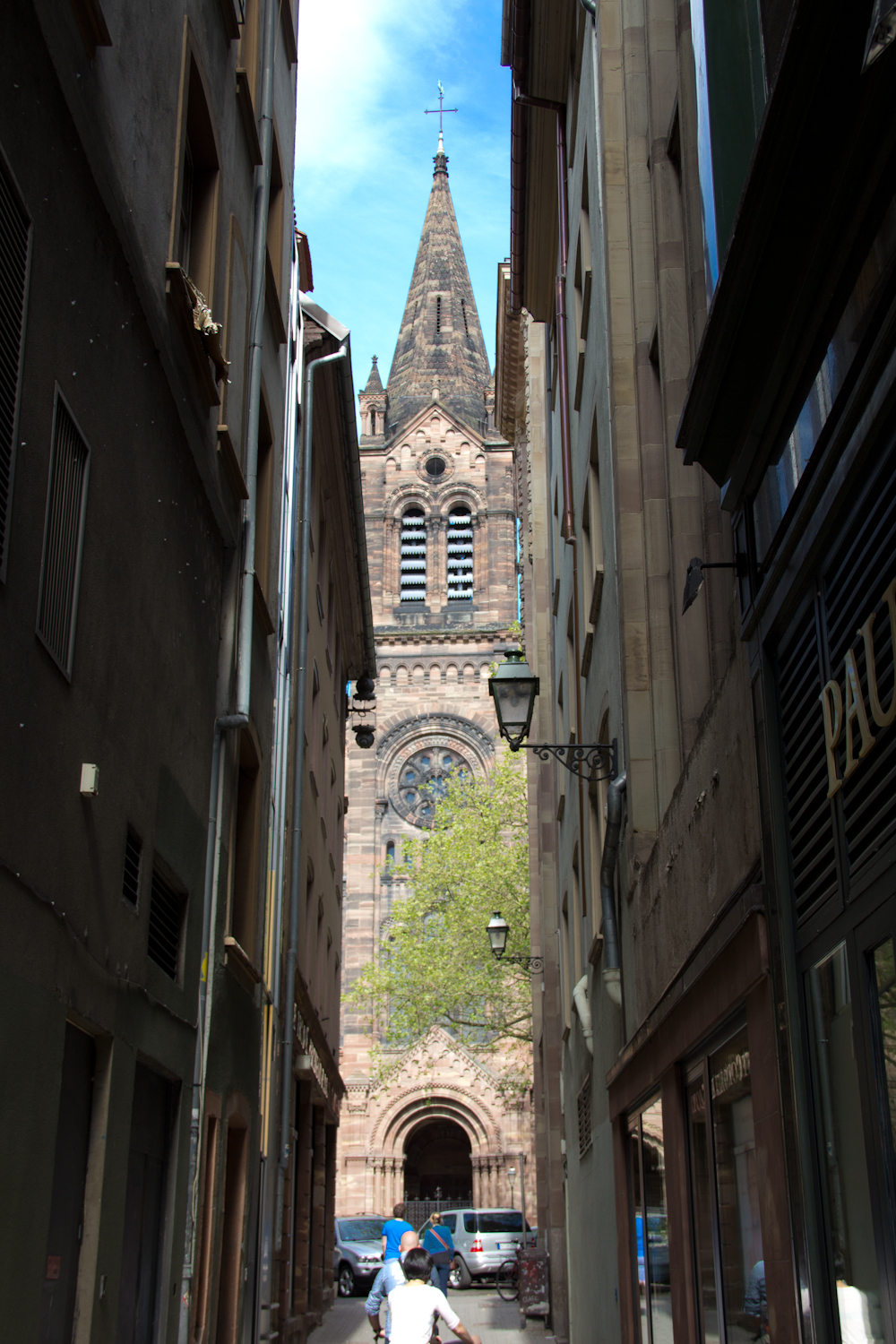 That night we did a boat tour. It was absolutely beautiful. The buildings were stacked along the shoreline, fitting like pieces of a puzzle. The wrought iron balconies were intricately woven, jutting out from the buildings. There was a section that had boats strung along the water which had been turned into cafes and bars. I wish we had stayed long enough to eat at one of those places, the view would have been nice.

Overall I loved Strasbourg and cannot wait to go back. I feel like I’m starting to say this about a lot of places I visit, but it’s true. 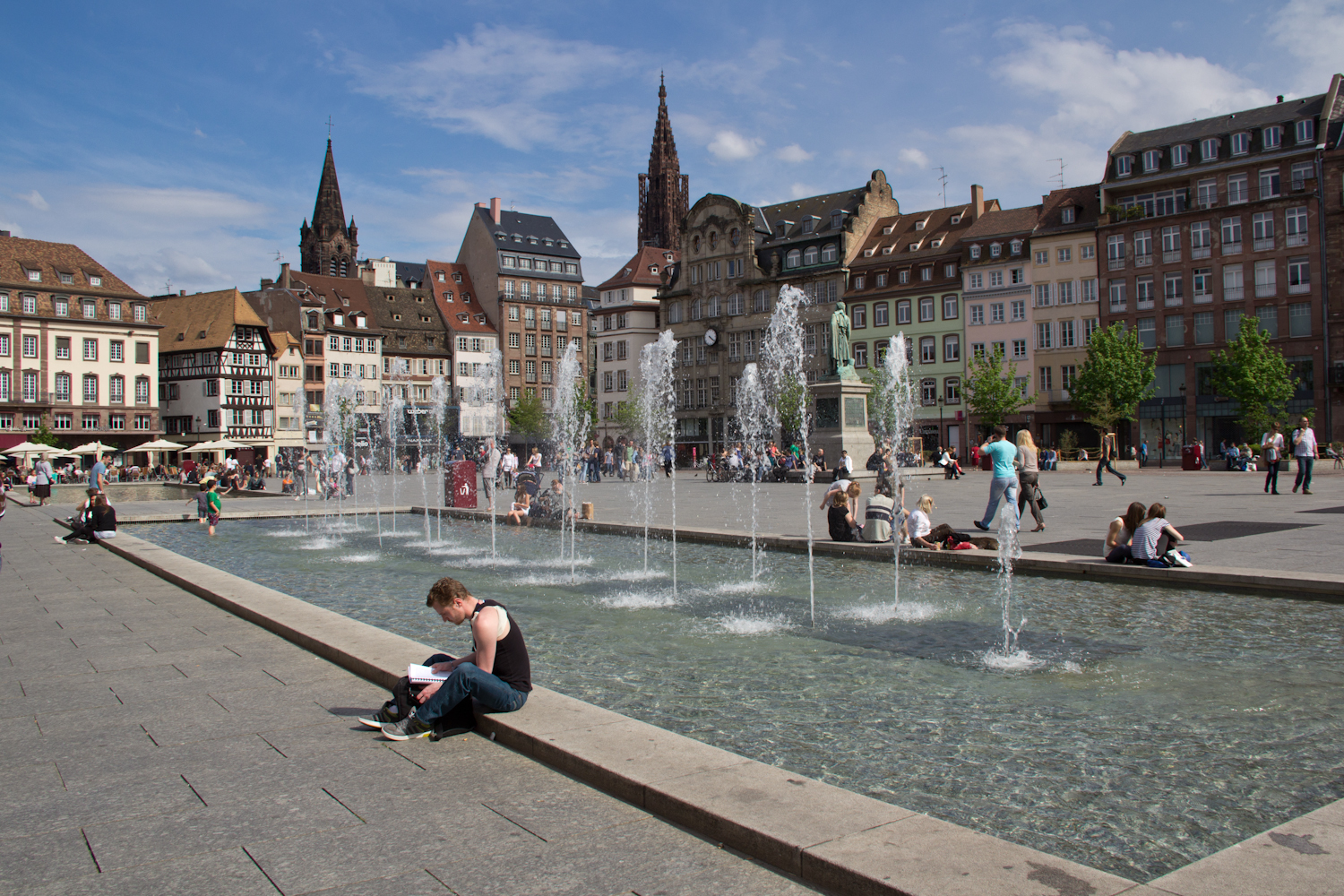 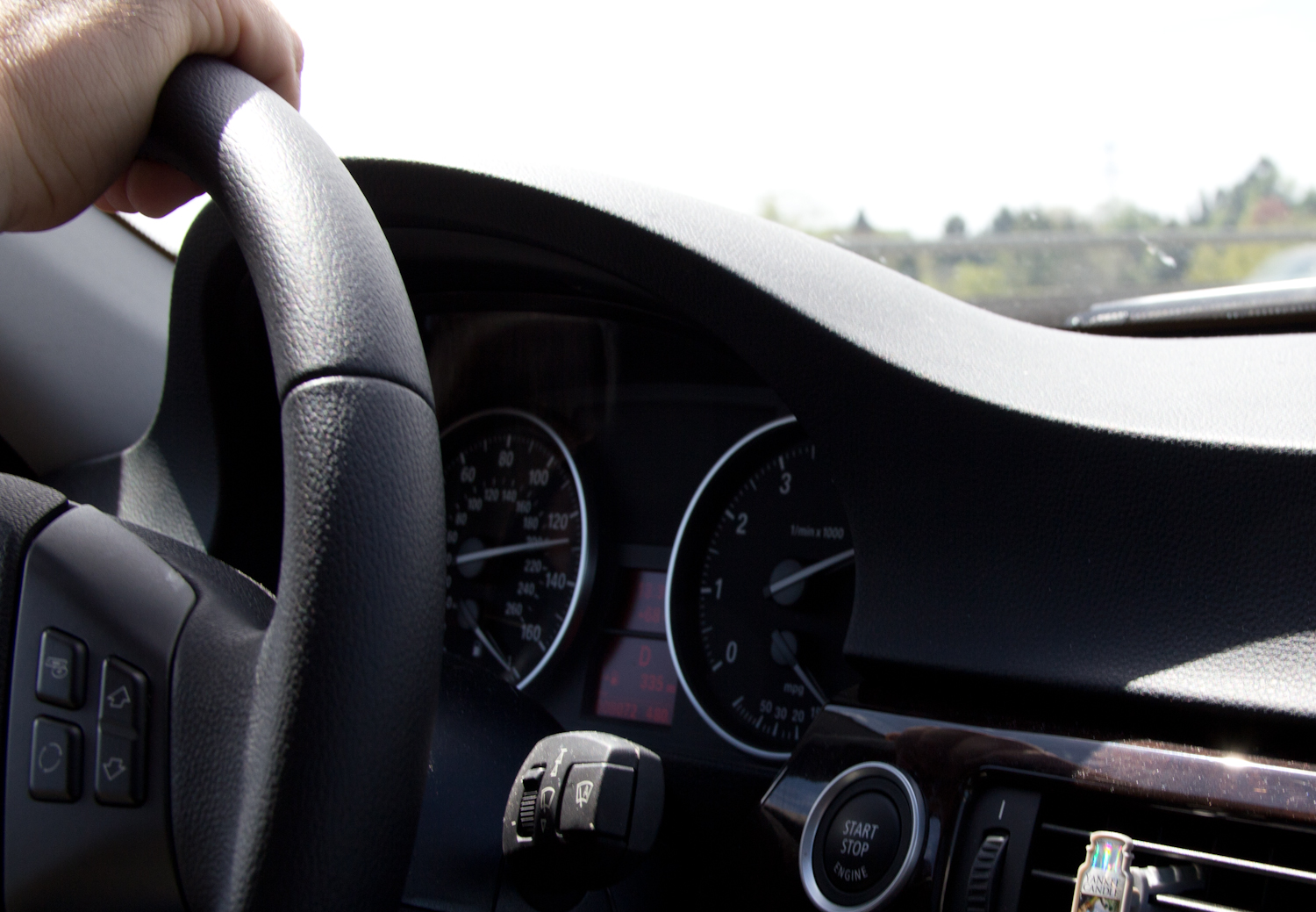 Let’s play a game called How fast can we go on the Autobahn?? (we peaked around 130-140mph before the driver…hubby…was kindly asked to slow a bit) 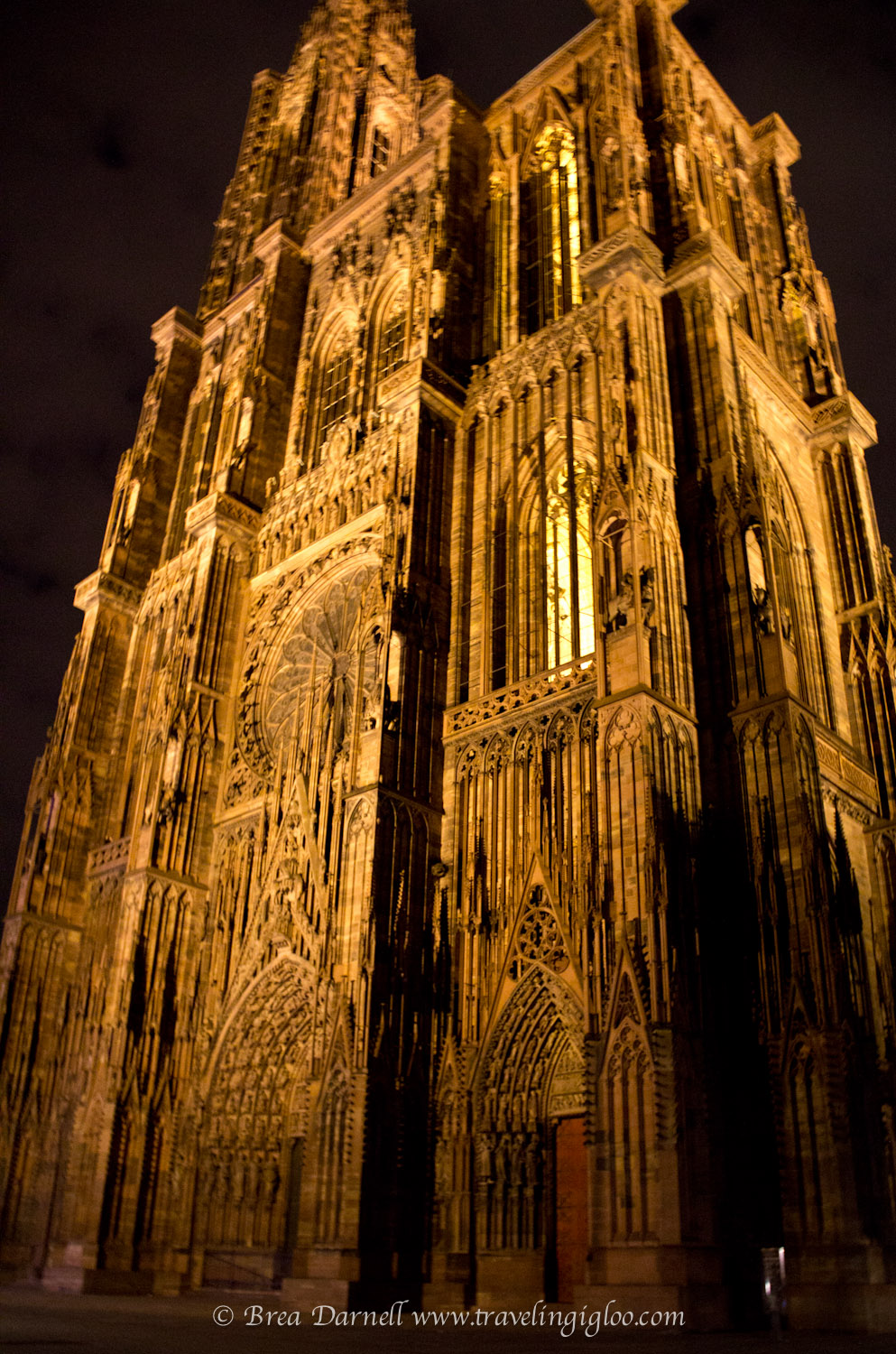 Summer is in the air, and so is white asparagus

First day of May = Great day to Play!