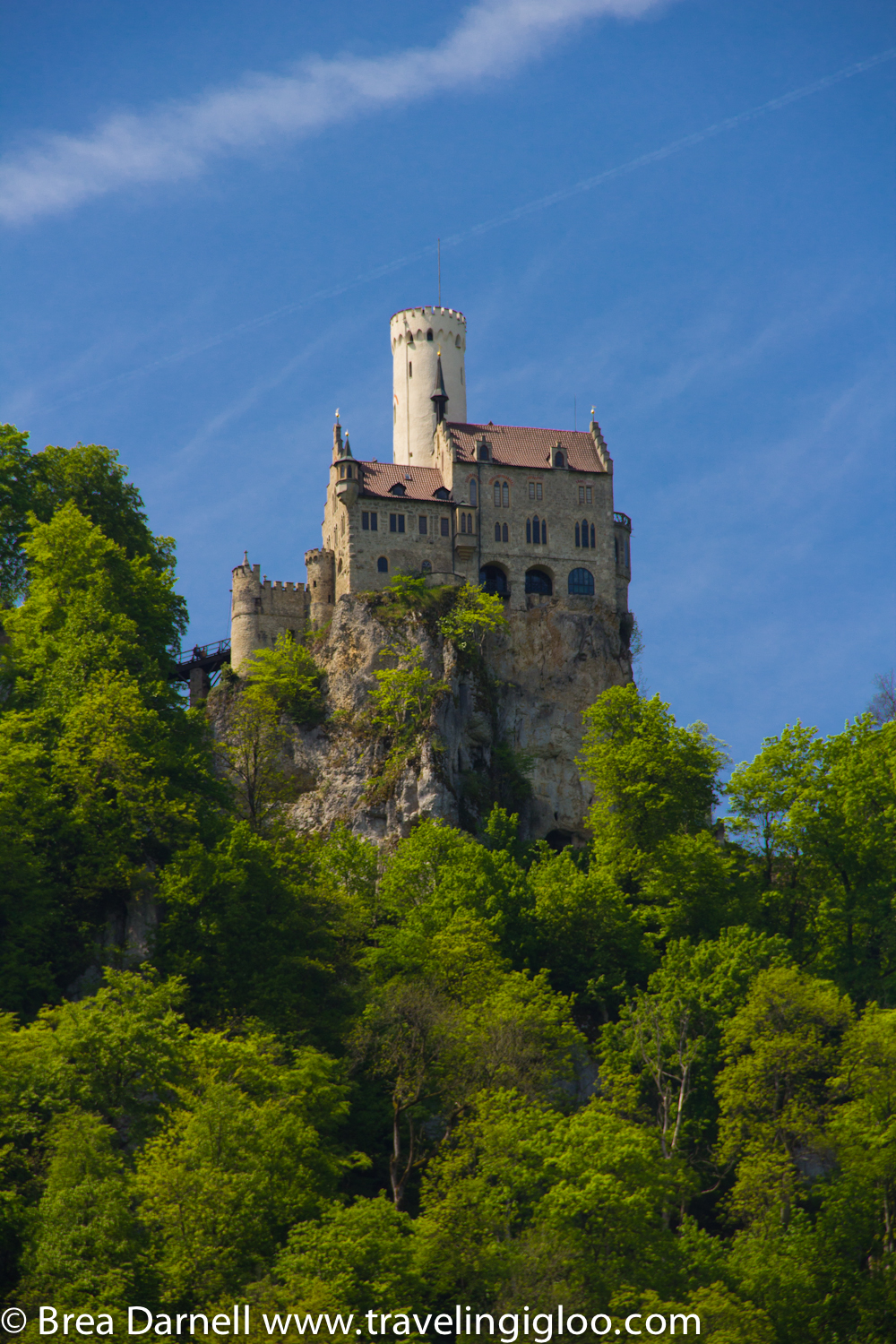 Last weekend I had a whole lot of nothing planned. I really wanted to take some pictures, so decided to check out one of the closer ‘attractions’.

I decided on the Lichtenstein Castle, which I heard has a striking view and was a place worthy of visiting. Also, it is only 45 minutes from my house so why not?

The drive was beautiful like most of the drives in this country. Going through rolling hills and stumbling upon quaint towns, driving along the Neckar River. When I got to the town of Lichtenstein I could easily see the castle, perched up high on a cliffside. After another twenty minutes of weaving up and around, I made my way to the top to check it out.

There has been a castle here since around 1200, but it was destroyed a few times (at least twice). The castle you see today was built in the mid 1800’s by Duke Wilhelm or Urach and today is still owned by the Dukes of Urach.

There was a restaurant, a biergarten and plenty of fields to have a bbq or hang out at. Many people were picnicing that day. There was also this very intricate and huge ropes course that seemed to go on forever throughout the tree tops. Lots of kids were getting roped in to take on the obstacles hanging throughout the trees, and some appeared to be trying to get enough courage to take another step once up high. It looked like fun, if you’re not afraid of heights.

It was definitely very pretty and if you’re in the area it’s worth visiting especially if you have kids! 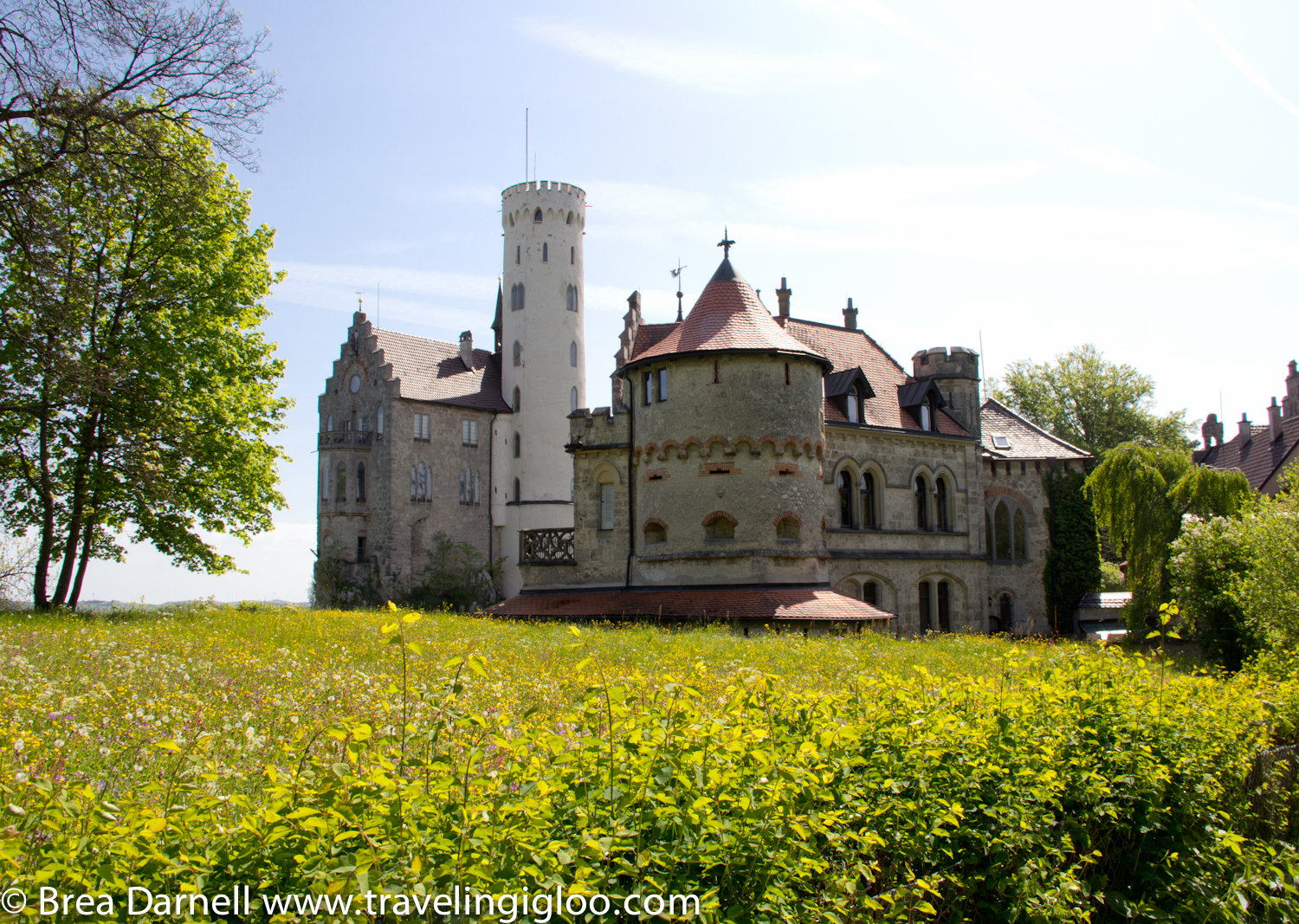 The ropes course throughout the woods 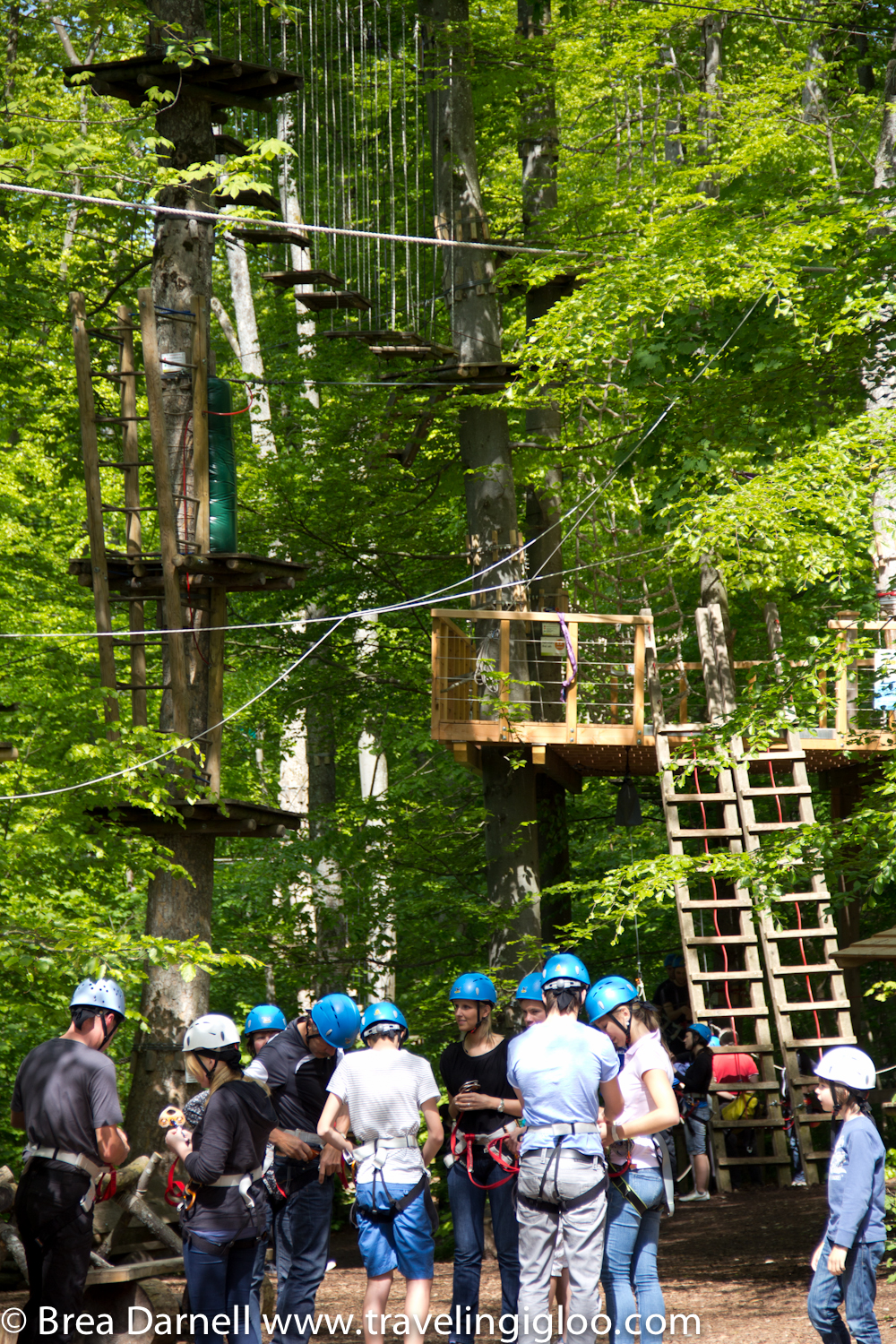 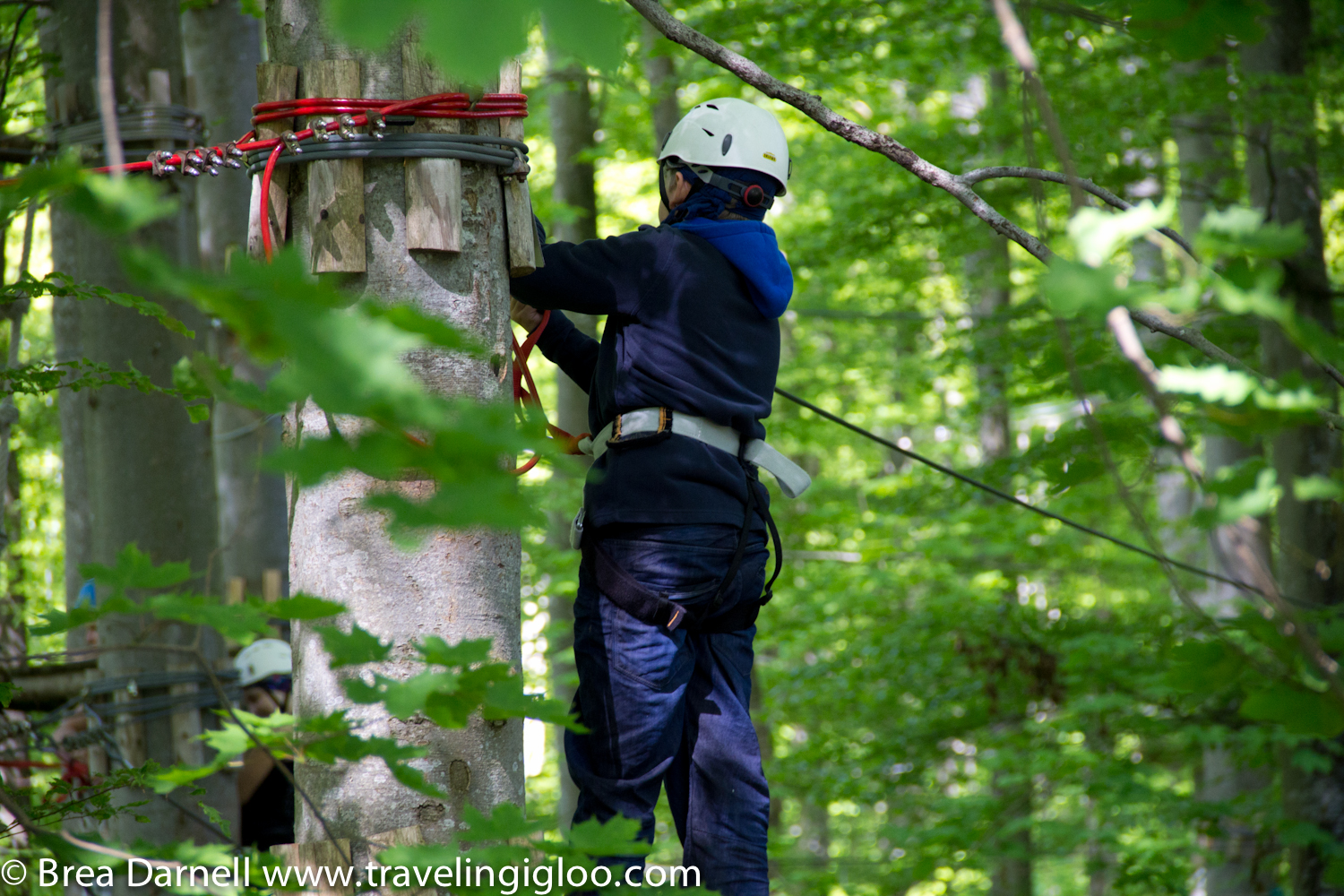 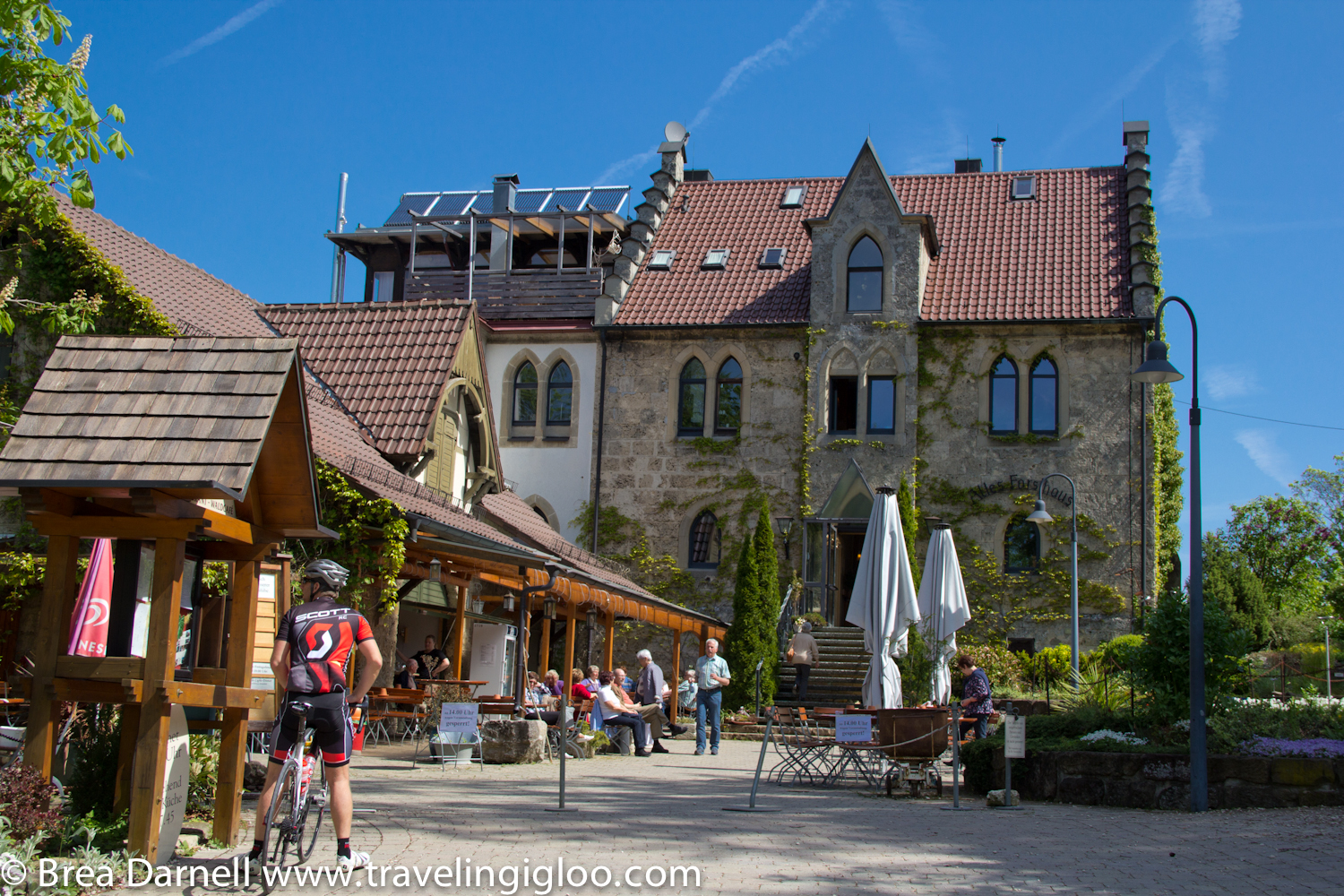 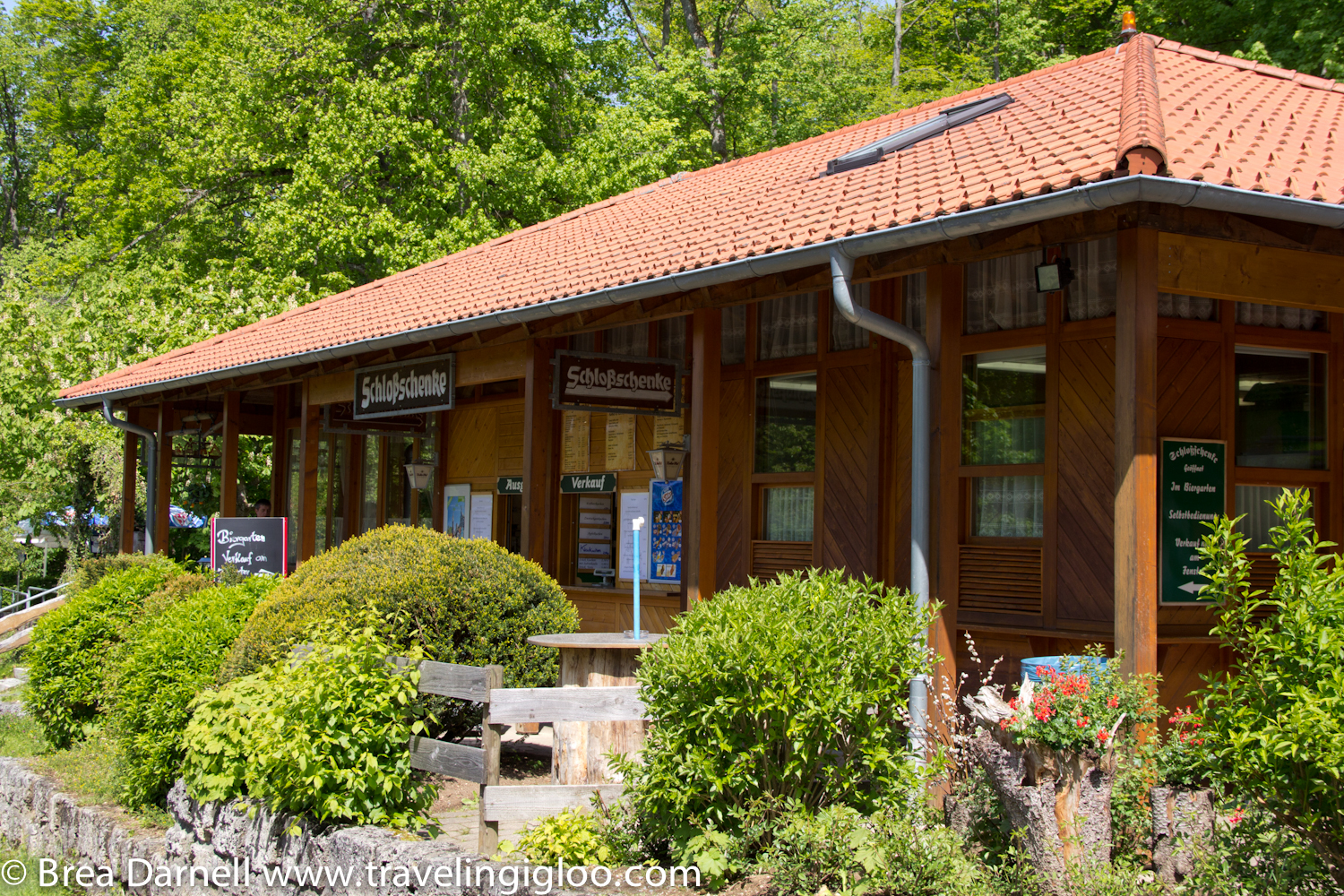 Found this crawling along in the woods. Never have seen a slug this big before! It was about 4 inches long and 1.5 inches wide. I saw two on the trail! 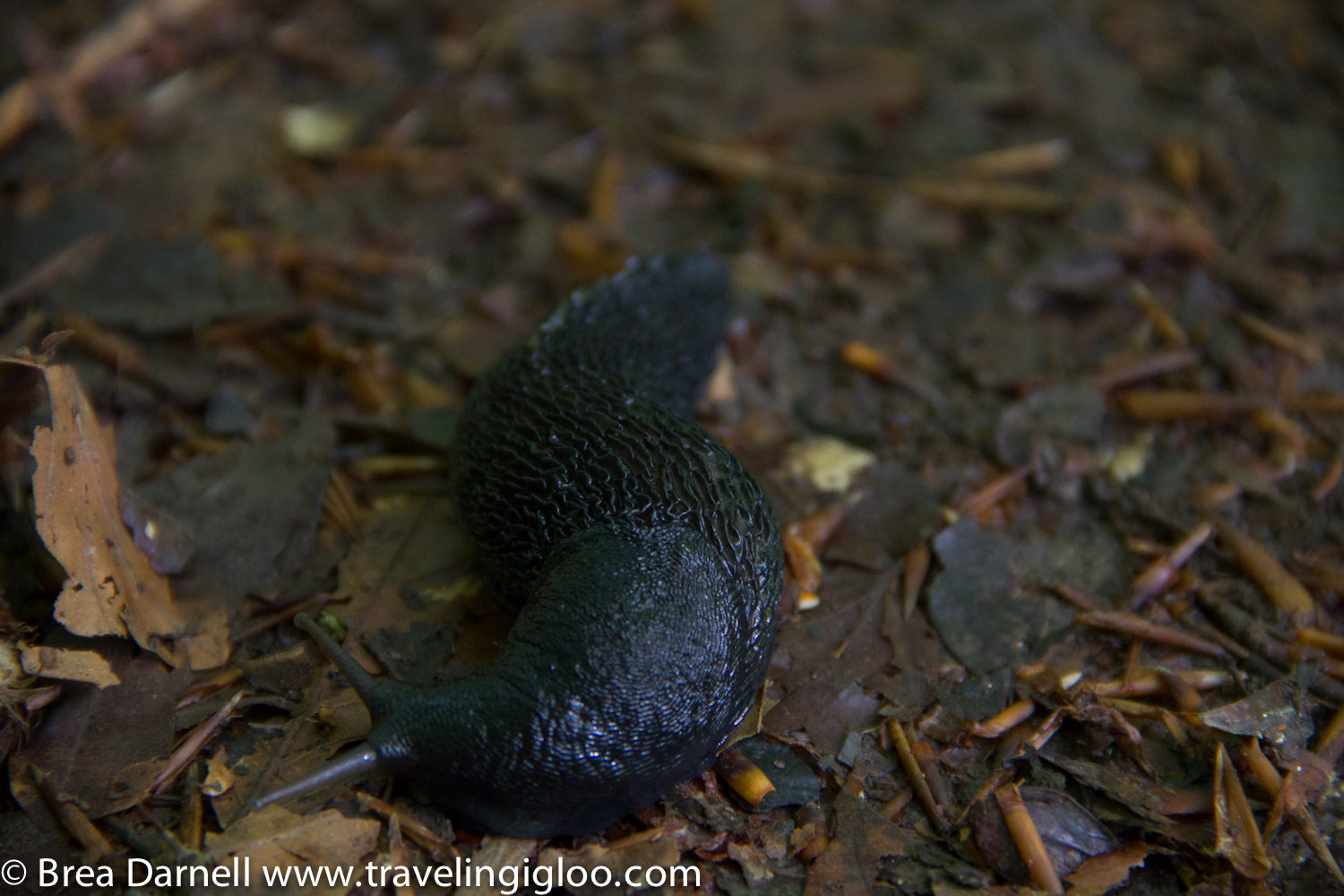 You actually see these a lot in Germany 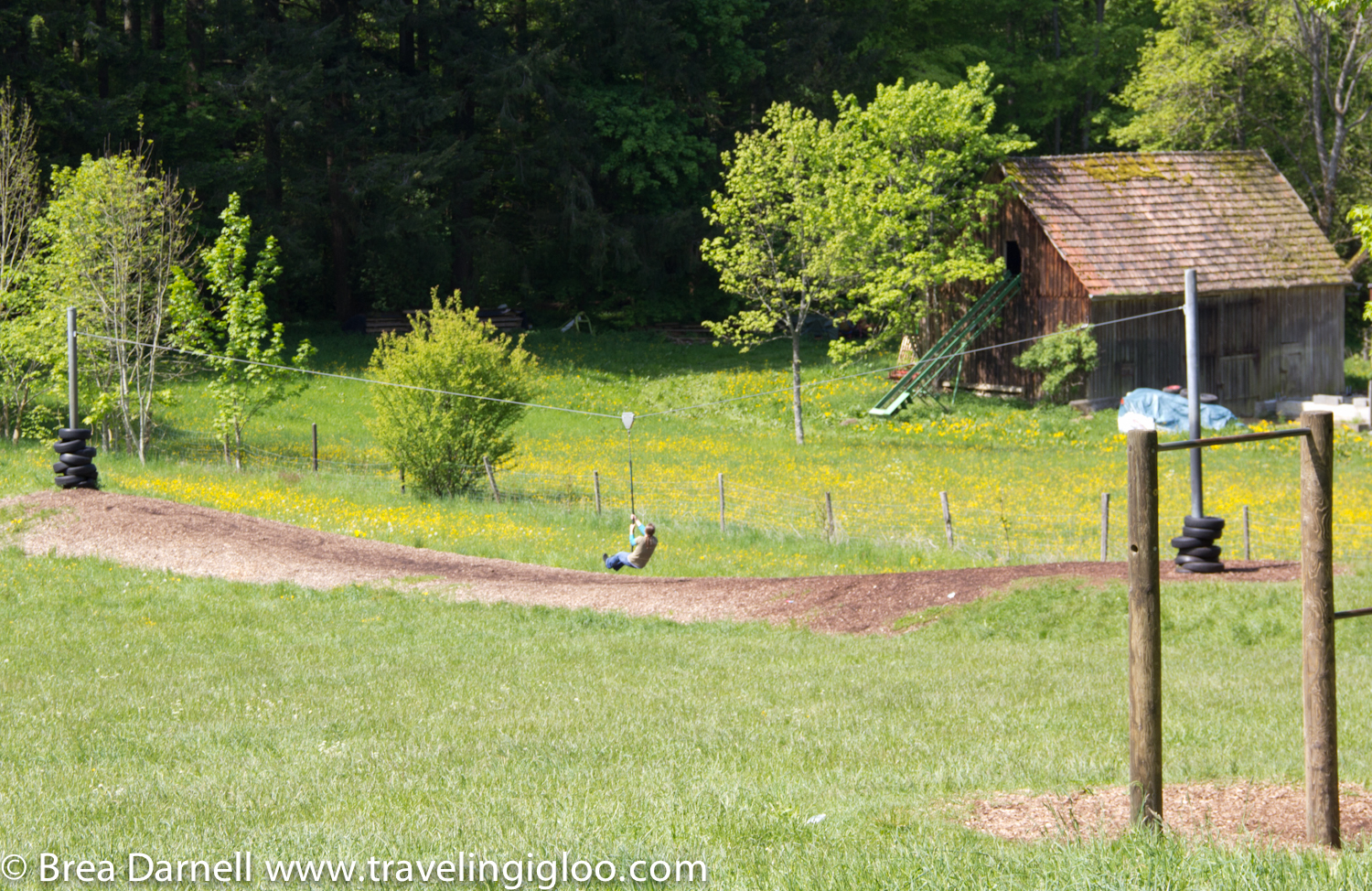 First day of May = Great day to Play!

What lovely pictures Brea! They are so clear and perfect. I love how you got the wildflowers in the shot as well, and the tree. It adds so much! Thanks for sharing!