Traveling to an iconic location in the offseason is a great way to avoid the large tourist crowds. And when it comes to international tourist destinations like Neuschwanstein, this is no exception.

It is still just as beautiful, maybe even more so if you visit after a fresh snowfall, but there are a few differences you’ll want to be aware of.

This article provides helpful tips if you are planning to visit in the winter months.

We were heading back today from our Christmas vacation skiing in Austria and decided to stop by Neuschwanstein since it was on the way.

Walt Disney modeled the Cinderella castle after Neuschwanstein and with good reason, it’s very beautiful and the setting is both dramatic and magical. Even in the winter it’s just as pretty to visit, not only for the castle but also for the views overlooking the valley below and beyond.

How to get there in the winter

The roads are well maintained during Germany’s mild winters. As you can see from my photos, there was no snow when we went in the middle of winter. There is a large parking lot (parkplatz) at the bottom and is marked with signs. There is a short walk to get to the ticket line, then it’s about a 20 minute walk up to the castle.

Neuschwanstein is located in Füssen which sits at the foothills of the Alps, so it is always possible to get caught in a random snowstorm.

If you are coming from Munich, you could save yourself the hassle and instead book a day trip to Neuschwanstein. This one is the top-rated. If I don’t want to rent a car and do all the planning, I’ll opt for a tour instead. For under $70, these are good deals.

When Should you Visit?

While winter months are less crowded, lines can still get long if you want to do a guided tour of the castle.

Note: If you do not care for the guided tour, you can simply walk up to the castle. You can still walk to the courtyard and get to the famous bridge. There are panoramic views of the valley and smaller Hohenshwangau castle below.

In December (at around 11am) there was a small queue for tickets with a guided tour. By the time we walked up and I got all my shots of Neuschwanstein, the ticket line grew so much that it was down the street on the sidewalk. It would have taken about two hours just to get through the line, and that was at around 12:30pm.

I’ve heard and read online from many people that the inside isn’t as grand as the outside of the castle. So, we personally didn’t do the tour which saved us the wait.

Tip: If you want to do the tour, be sure to plan ahead and check the start times on their website.

Try going early if you go in the winter, or better yet, purchase your tickets ahead by going online to their website. Be sure to book at least two days prior to your visit. You’ll still need to pick them up once you arrive, but you might be able to skip the really long line! Tickets need to be purchased at the bottom of the hill before you go up.

Can you drive up to the castle?

No you cannot. We walked fifteen minutes up the windy road to Neuschwanstein. There are horse carriage rides available for a fee but they do fill quickly. They do not ride right up to the castle so there is some walking involved. If you have reduced mobility please visit their website for more information on accommodations.

There is also a shuttle bus that starts at parking P4 and stops above the bridge at the Jugend lookout point. From there it’s about a 10-15 minute walk downhill to the castle. The shuttle does not run if there is snow or ice.

Is the Famous Mary’s Bridge Open? Do you need a separate ticket? (Marienbrücke)

Above: viewpoint walking to Marienbrücke bridge. Below you can see Hohenschwangau castle. On the bottom left of the image you can see the icy railings that came in very handy!

If you want to see Marienbrücke bridge (Mary’s bridge), which provides stunning views of the castle and the entire area surrounding it as well, you do not need a ticket. There is a separate trail around the side of the castle that takes you to the bridge.

In winter months, they may close the bridge if there’s bad weather. Even though the walkway was blocked off, we just bypassed it (along with everyone else) and made our way to the bridge.

When we went it was really icy but since it’s a short walk (maybe 10-15 minutes) to get to the actual bridge it was worth it for us. We lucked out in that there wasn’t anyone else on the bridge when we went, which is quite unusual.

Below is another view of the valley and Hohenschwangau

The bridge is really high up and I’ve read from many people that in summer months that little bridge gets crowded and quite scary, as the wooden planks don’t seem too sturdy. It’s so high up that I started getting a bit dizzy from the height.

There is a waterfall on one side of the bridge and has colorful pools of water that form below the bridge. The shining gem is of course the castle and when we walked to it the bridge only had four other people on it so we lucked out! I think I would’ve been nervous if there was a tour group crowding the walkway.

What photography equipment should I bring?

The marienbrücke bridge is where you will get the beautiful shot of the castle. The image below was taken with my 6D (but I’d recommend the newer Canon 6D Mark II) and my Canon 50mm f/1.4, so you don’t need a long lens. In fact, the 85mm couldn’t fit the entire castle in the viewfinder. I also used my Canon 17-40mm f/4L to get more of the background. With the wide-angle lens, it did make the castle appear smaller, but that is common anytime you use a wide lens. 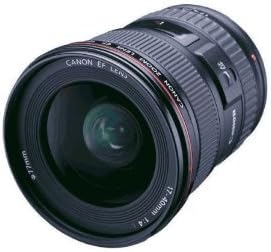 Canon EF 17-40mm f/4L USM
$799.00
Buy Now Learn More
I earn a commission if you click this link and make a purchase at no additional cost to you. 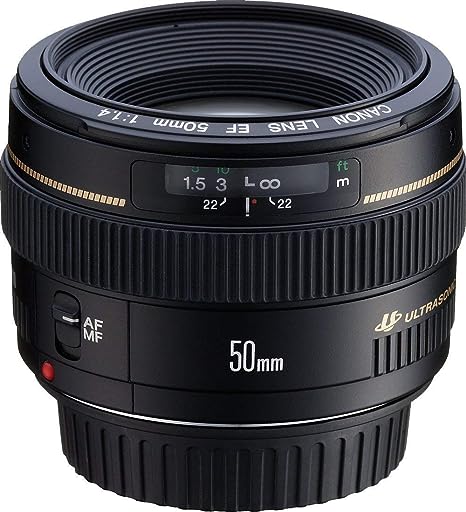 Canon EF 50mm f/1.4
$399.00
Buy Now Learn More
I earn a commission if you click this link and make a purchase at no additional cost to you. 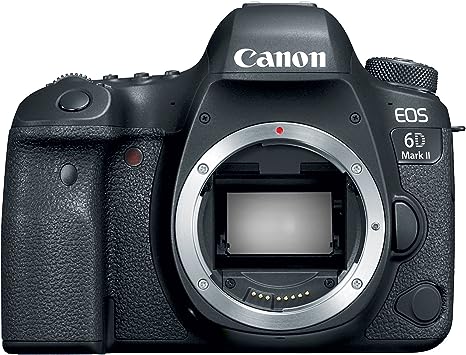 Canon 6D Mark II
$1,399.00
Buy Now Learn More
I earn a commission if you click this link and make a purchase at no additional cost to you.

It’s really a sight to take in and I think is the absolute best part of the trip!

This view shows the castle a bit further away using my 17-40mm f/4 at midday. The sun was to the left of the shot, so you can get an idea of when the castle will be in the sun. You can see the rocks and the foothills of the mountains. In Germany, the grass stays green even when there’s snow on the ground (coming from Alaska that was never the case).

A Little Bit of History…

Kind Ludwig was an interesting man and built many castles in his lifetime. The Hohenschwangau is another castle that sits at the bottom of the path leading up to Neuschwanstein. This was where King Ludwig was raised as a child. He also had a palace that was built on the Herrenchiemsee lake which mimics Versailles. It is actually nicknamed the Bavarian Versailles. Interestingly, Ludwig never let people into his castles, but since his death over 50 million people have visited them!

Have you ever been to Neuschwanstein? What was your experience like?

How To Bring In The New Year Right...

Very beautiful Photos! Love it! Yes, Paintings done by Nature! This two Castles are amazing. And Neuschwanstein it is said, is the most beautiful Castle of the World! It is peaceful there and also you can relax and have a slow going Life there. All jobs, work and stress is far away! I was 3 times there and always it is amazing and fascinating!

Thank you, and yes it really is a beautiful area. I’ve been back to Neuschwanstein two times since then to show other people the area, it’s such an amazing place to visit (and I can see why King Ludwig loved it there so much!)

thank you for this post and beautiful pictures! I am planning now the visit of Neuschwanstein, but i have found out that the Marienbrücke Bridge will be closed for visitors from the 3rd of August. Is there any other panoramic point from where you can see well the castle? Maybe you know something about it and can suggest me?
Thank you!

I’m honestly not sure about another view point. I know there is another trail to get a good view but you need to either take the cable car that runs nearby, or possibly take a trail away from Neuschwanstein and use a longer lens. I’ve seen photos from different vantage points so I know it’s possible. Here is a link with some that mentions the cable car: http://www.zigzagonearth.com/photograph-neuschwanstein-castle/ Good luck and have fun!

Hi There,
I was wondering if you knew if it was easy to take children there? I have an infant with a stroller and a four year old. Is it easy to walk them up the trail in a double stroller? If we were take a carriage ride, do you know how that costs? Carriage ride seems fun, but don’t think my double stroller would fit inside.

Hey, yes you can walk up there with a stroller but it will be a workout. It’s normally an uphill walk for about 30-40 minutes, so with a stroller and pushing that weight it will probably be longer. The carriage isn’t very expensive (9 Euro rt) but I’m not sure if they would allow the stroller. If it were me I would push the stroller or more likely use an Ergo/baby carrier of some sort if that’s an option since I know how tiring it can get pushing a stroller uphill! It looks like there is also a shuttle bus but it sounds like it takes you above the castle then you walk down a steep hill. More info can be found here: http://www.neuschwanstein.de/englisch/tourist/howtoget.htm