I’ve been going back through and looking at my photos and trying to organize some old one’s when I had no method for organization. Well 20,000 photos later I’m starting to regret that. But, I make small progress when I can and am starting to finally catch up…a little bit anyway!

If you happen to read my blog (thank you by the way!) you might have seen that I took a trip to Italy in May with my sister. We drove down to Lake Garda and Venice. I loved Lake Garda with all my heart and wish I could just move there and live and that’s what I would do forever until I turned gray. I’m not going to do that but it’s fun to dream about.

So on the way back we stopped at Neuschwanstein. Even though it’s only a two hour drive from my house I hadn’t been yet. Since we were coming back up through the area it was perfect. We left Venice at around 9am and drove North through Austria and just past the border to Neuschwanstein.

I didn’t end up getting the money shot I wanted of the castle. We were incredibly tired and ready to get home, and didn’t know how long it was to get to the Marienbrucke Bridge. I found out later it’s only about a 15 minute walk and would advise everyone to do this as the view is spectacular (I ended going back later to see for myself). 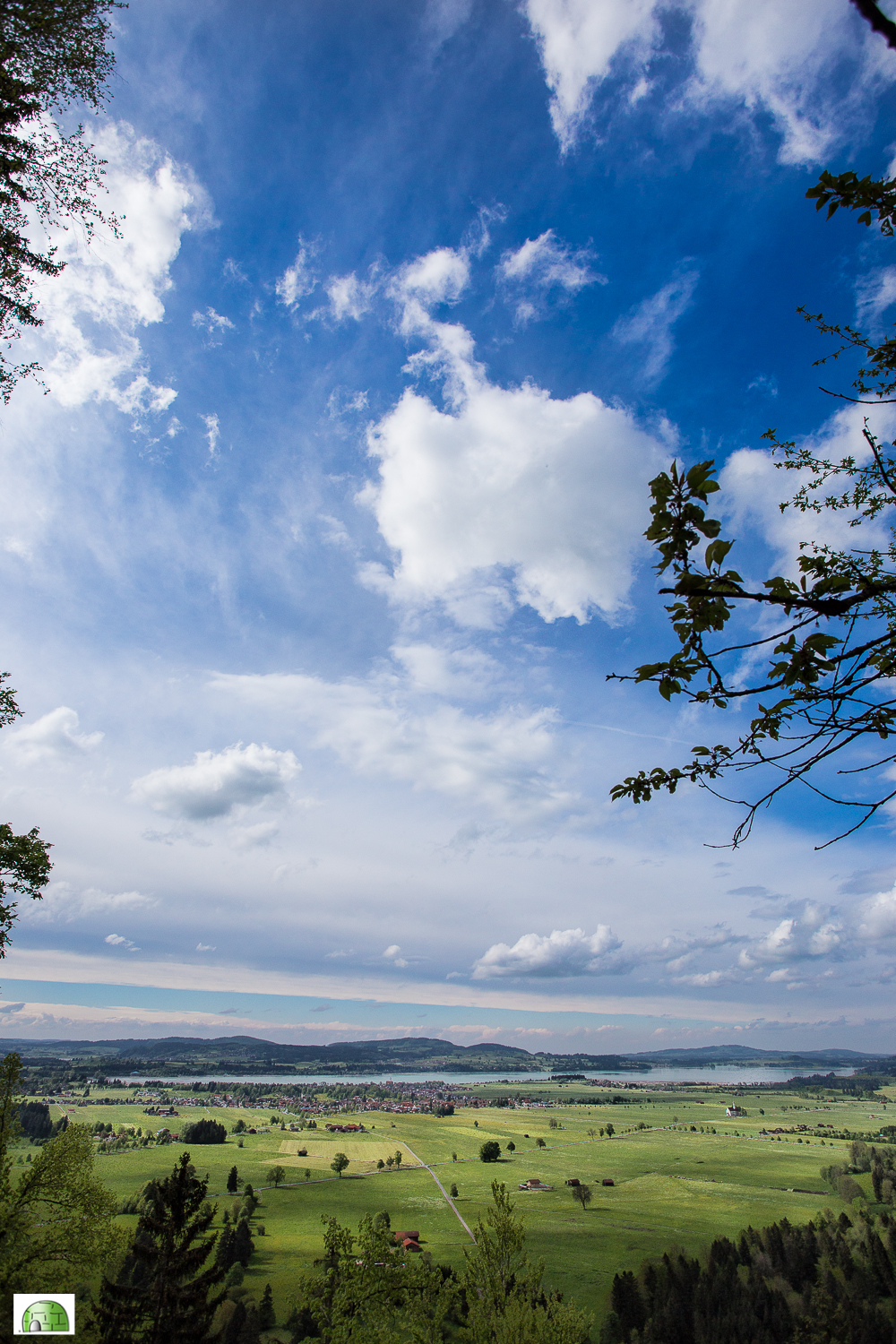 I never visited Neuschwanstein when I lived in Germany, which is a pit, but I have seen photos and it’s in a beautiful location, a wonderful castle. Maybe one day I will return to visit.

That is gorgeous. I was there during the worst weather, so instead like to pretend Steven’s shot is my money shot and use it as my laptop wallpaper: http://stevenglassman.de/2013/08/12/august-break-schloss-neuschwanstein/